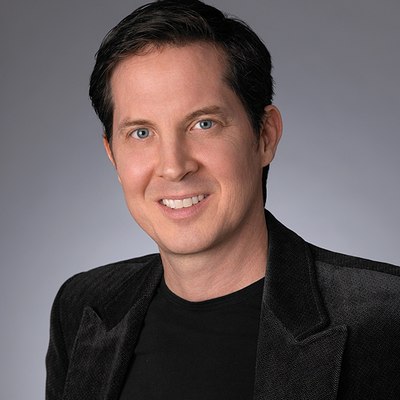 Toronto, ON -- The Sim Group’s Board of Directors has appointed a new President and CEO, James (Jamie) Haggarty, effective May 16, 2016. After successfully expanding and diversifying the company he founded 34-years ago, Rob Sim is moving into a new role as Vice Chairman. The company has expanded rapidly over the past few years, encompassing a network of complementary brands that service the production and post production industries. Haggarty will focus on enhancing the innovation and execution that SIM customers need while accelerating key growth strategies for the company.

“Jamie is an accomplished executive with leadership experience in technology, traditional media, digital media, sports and entertainment,” said Jeffrey Cairns, Chairman of the Board. “We are confident in Jamie’s abilities to lead this organization during this dynamic time for all parties in the creation and distribution of content.”

Haggarty most recently served as Managing Director at Gibraltar & Co, where he focused on mergers, acquisitions and business development of small and large companies. Prior to that, he was CEO of SHOP.CA, an e-commerce and technology company. Haggarty has spent most of his career in media, having held various positions in broadcasting, cable and telecommunications such as EVP Television Operations at Rogers Broadcasting, VP Financial Operations at Rogers Media and VP Corporate Development and VP Operations at CORUS Entertainment. Haggarty played leadership roles in acquiring, launching and operating radio & TV stations, magazines and websites, in addition to innovative programs that attracted record-level audiences as well as acclaim from customers.

“I am honored to be part of a company that has shown such growth over the years, while continuing to navigate the ever-changing landscape of the entertainment industry. Rob Sim has dedicated his life to building an impressive organization that includes fantastic talent, accomplished businesses and exceptional customer relationships. I am truly excited to be a part of it,” said Haggarty. “Whether leading mature brands, early stage companies, turn-around situations, or launching new services, my proven track record of innovation and success across various industries has given me a strong foundation to apply to the SIM Group.”

“As a strategic, operational and financial executive with extensive cross-functional leadership experience, Jamie is skilled in motivating his teams to generate product-improvements, outstanding customer service and increased enterprise value. He is an effective communicator comfortable dealing with customers, employees, suppliers, shareholders, boards of directors and regulators. He is a motivational leader with proven operational and interpersonal skills developed in public and private companies,” said Cairns.

“Reflecting on the enormous success and growth of our company, it has become necessary for me to re-evaluate my role within the SIM Group,” said Sim. “As the company continues its upward trajectory, I believe now is the time for me to take a step back from the heavy lifting of running the company and hand the reins over to a new leader to take the SIM Group into the future,” said Sim. “When I started Sim Video over 34 years ago, I had no idea it would become what it is today. I am so proud of the hard work that people have put into building this business. As we welcome Jamie to the Sim Group Family, I look forward to continuing to be a part of the growth and teamwork that is evident within our people and our projects.”