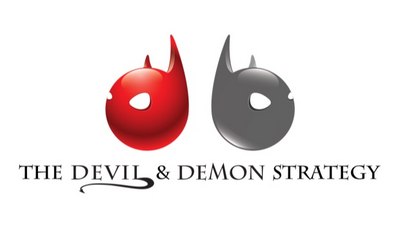 Las Vegas, NV -- Silverdraft, makers of the high-performance Devil and Demon systems based on supercomputing technology, will unleash the next-generation of its solutions “For Creation To Play”, during NAB 2015 (booth #SL15015). The latest line of custom-tuned Devil supercomputers and fast Demon workstations unleash even greater computing muscle in small footprints, with a breakthrough business model that delivers flexible configuration and cost-competitive purchasing options for single users through to small, medium and large entertainment, gaming, industrial design and visualization facilities.

Next-gen Devils & Demons:
Devils are scalable, supercomputing systems that deliver virtually unlimited compute power to performance-hungry applications in environments such as 3D, VFX, VR or science and engineering. Now 20% faster, each Gen 2 Devil system features over 400 Intel E5 v3 CPU cores in 12 nodes, connected via a lightning-fast InfiniBand backbone. Combined with Micron DDR4 RAM and storage, this virtually latency-free design delivers huge gains in performance over previous models – all in an enclosure that fits under a desk. Multiple Devil systems can be clustered together via InifiBand, delivering practically limitless scalability. Since the processing power of the entire cluster can be presented as a single “computer node”, applications can benefit from truly distributed rendering – even if they’re not expressly written that way.

“We're thrilled with Silverdraft’s Devil system. It's been a tremendous asset in the execution of one of our biggest and more ambitious projects to date", said Rob Taylor, Executive Producer at Pure Imagination in Van Nuys CA. “On a project with literally millions of 5K resolution frames being rendered, the Devil's leading edge components and uniquely powerful architecture helped us shave weeks off the potential render time. This type of performance not only helps to facilitate on-time deliveries, but also allows us to comfortably inject greater creativity and complexity into our productions.”

Demons are highly-tuned desktop workstations that are optimized for specific applications. The Demon systems feature the same Intel E5 v3 processors and Micron DDR4 RAM and Storage as the Devil range. Now 20% faster, the new Demon systems include single and multi-processor configurations in both a standard desktop form-factor, with eight PCIE slots (four of them x16), and a compact form factor that delivers the same performance as the previous generation – but in half the footprint. Silverdraft has already optimized and certified Demon systems for applications such as The Foundry’s Nuke, Autodesk’s Maya and Black Magic’s Resolve, with more on the way.

“Our Demon systems have built a reputation for delivering the best price-performance in the industry because we work so closely with the component suppliers and the application software vendors,” said Erik Smith, CTO of Silverdraft. “We work very closely with Micron, Intel, NVIDIA and AMD, so we can over-clock processors and RAM to squeeze-out every ounce of performance. We also tune across the entire system so that power and cooling are also optimized. Then we work closely with the software vendors to understand exactly where their application’s bottlenecks are, so we can maximize throughput. This result in a range of incredibly powerful systems at a lower price – that we stand behind and fully support.”

New Extreme Gaming System:
The Demon line has been expanded to include Demon Gamer Extreme, DGx, a new gaming configuration that gives users ultimate control over the performance of their system and gaming experience. The DGx system features the same Demon architecture, but with user controls right on the case front for over-clocking without going into the BIOS. It also features modules for user-monitoring of fan speed, CPU temperature, bus speed and bus multiplier. This control offers gamers the ultimate combination of performance and flexibility at a highly competitive price.

#devil&demon@NAB:
Underscoring the superior power of Devils and Demons to process jobs in a fraction of the time of traditional desktop and blade solutions, slashing rendering hours to minutes, the company will showcase a series of hands-on demonstrations at booth #SL15105 that include…