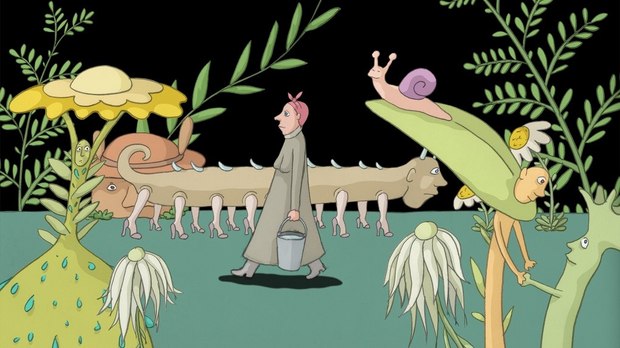 The John Simon Guggenheim Memorial Foundation has approved the awarding of 173 Guggenheim Fellowships to a diverse group of scholars, artists, and scientists. Appointed on the basis of prior achievement and exceptional promise, the successful candidates were chosen from a group of almost 3,000 applicants in the Foundation’s 93rd competition. The great variety of backgrounds, fields of study, and accomplishments of Guggenheim Fellows is one of the unique characteristics of the Fellowship program. In all, 49 scholarly disciplines and artistic fields, 64 different academic institutions, 27 states and the District of Columbia, and three Canadian provinces are represented in this year’s class of Fellows, who range in age from 27 to 79. Sixty-eight Fellows have no academic affiliation or hold adjunct or part-time positions at universities.

Three animators received Fellowships this year: New York-based independent filmmaker Signe Baumane, who is known for her provocative films on array of narrative themes including sex, the body, pregnancy, love, marriage, and depression; CalArts alum Steven Subotnick, who specializes in experimental animation; and Chicago-based painter and animator Laura Ann Harrison, who made a splash with her 2015 adaptation of Beth Raymer’s forthcoming novel, Lingerie Show. Born in Latvia and educated in Moscow, Baumane lives and works in Brooklyn, NY. Her films, which include the 2014 feature Rocks in My Pocket, combine animation with music, theater, science, photography, lighting, three-dimensional sets and traditional hand-drawn animation. Her latest animated feature, My Love Affair With Marriage, infuses music and science into a personal love story. The film examines the biological chemistry of love and gender, as well as societal pressures on an individual to conform to the social mores of the times.

A prolific filmmaker, Subotnick has completed 16 experimental animated films which have screened internationally at over 250 film festivals, won more than twenty awards, and have been exhibited in museums and galleries around the world. A graduate of the animation programs at UCLA and CalArts, Subotnick has taught at Harvard University, the School of the Museum of Fine Arts in Boston, and currently at Rhode Island School of Design and Massachusetts College of Art and Design. His works use varied imagery -- from cartoon to pure textural abstraction -- along with unusual editing techniques and carefully structured sound design to share a deeply personal aesthetic experience with viewers. A painter and experimental animator, Harrison is the recipient of the Boit award, a Macdowell Fellowship, and -- most recently from the School of the Art Institute of Chicago -- The New Artist Society Scholarship. Her recent films, which include Tears For Narcissus (2013) and Little Red Giant, The Monster that I Was (2016), have appeared in film festivals such as Animafest Zagreb, the Japan Media Arts Festival, the Ottawa International Animation Festival, GLAS Animation Festival, and many others. She is a graduate of both the Museum School of Fine Arts Boston and The School of the Art Institute of Chicago with MFA degrees in painting & animation.

Since its establishment in 1925, the Foundation has granted more than $350 million in Fellowships to over 18,000 individuals, among whom are scores of Nobel laureates, Fields Medalists, Turing Award winners, poets laureate, members of the various national academies, winners of the Pulitzer Prize, and other important, internationally recognized honors.

View the full list of 2017 Fellows by Field in the United States and Canada.