The latest innovations in art, science and technology are showcased both in implementation and presentations during a two-week virtual gathering of the global graphics community. 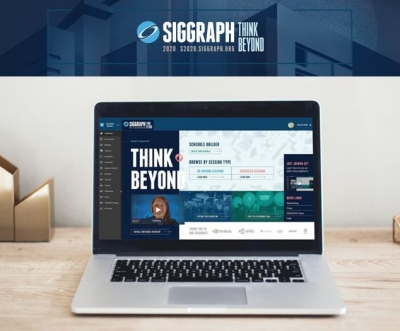 SIGGRAPH 2020, which was held virtually beginning August 17, concluded its week of live sessions with nearly 400,000 streams worldwide. Though no new content will air, registration will remain open through September 11 with content available to participants through October 27.

“SIGGRAPH 2020 was a huge testament to the strength and collaboration of the incredible graphics community,” commented conference chair, Kristy Pron. “While we love to gather in-person and many missed the chance to see old friends, our incredible contributors and exhibitors brought their A game to this online experiment, and I could not be happier to have presided over SIGGRAPH’s first virtual conference.”

The virtual event played host to the latest innovations in art, science, and technology from more than 1600 contributors across 700 presentations during its two-week release. It welcomed international audiences from 95 countries. Representation from six out of seven continents included participants from the United States, Canada, Japan, New Zealand, Zimbabwe, France, Brazil, Israel, China, and more. This year’s exhibition housed more than 80 diverse companies, showcasing the latest in computer graphics hardware, and software during custom virtual demonstrations and over 70 curated sessions.

Highlights from the conference included a keynote from New York’s magicLab executive and cyber illusionist, Marco Tempest; the presentation of 163 research papers and 69 posters; three world-premiere animated shorts in the Computer Animation Festival Electronic Theater; the worldwide release of Magic Leap’s The Last Light, a VR Theater selection, and the unveiling of Felix & Paul Studios’ first AR Project, a collaboration with The Jim Hensen Company; a two-day diversity and inclusion summit; sneak peek production sessions and talks focusing on not only film and games but prestige TV and advertising; two retrospective panels celebrated pioneers from PDI (Pacific Data Images) and the NYIT Computer Graphics Lab, respectively; and, the first-ever Real-Time Live! global broadcast.