Director of immersive platforms storytelling for ‘The New York Times’ Graham Roberts will present a 40-minute talk about the organization’s VR expertise and integration of the new medium into the media outlet’s news reporting through NYT VR, as well as insight into the making of the 10-minute short film ‘The Antarctica Series: Under A Cracked Sky,’ executive produced by Roberts and one of four films in the Times’ Antarctica series. 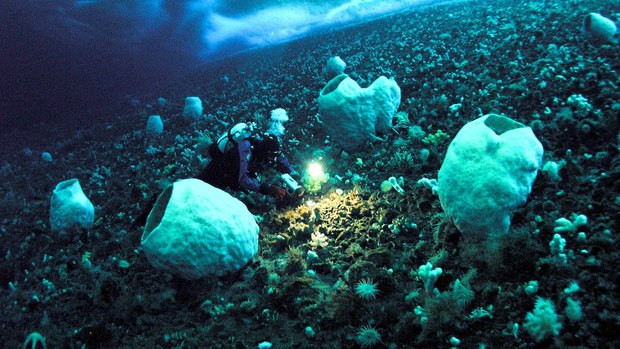 'The Antarctica Series: Under A Cracked Sky'

CHICAGO -- SIGGRAPH 2017, the world’s leading annual interdisciplinary educational experience showcasing the latest in computer graphics and interactive techniques, has announced a special VR presentation and film screening produced by The New York Times. SIGGRAPH 2017 marks the 44th International Conference and Exhibition on Computer Graphics and Interactive Techniques, and will be held 30 July–3 August in Los Angeles. Registration for the conference is now open.

Graham Roberts, director of immersive platforms storytelling for The New York Times, will present a 40-minute talk about the organization’s VR expertise and integration of the new medium into the legendary media outlet’s news reporting through NYT VR. The talk will include insight into the making of “The Antarctica Series: Under A Cracked Sky,” a nearly 10-minute short film that was executive produced by Roberts, and is one of four films within the Times’ Antarctica series.

“Under A Cracked Sky” will also be seen during a recurring screening within the conference’s first-ever VR Theater, part of the SIGGRAPH 2017 Computer Animation Festival. “We are beyond thrilled to be welcoming Graham Roberts, the man who helped spearhead and establish the Times’ NYT VR program, to our conference this year,” said Jerome Solomon, conference chair for SIGGRAPH 2017. “Having a project with the pedigree and prestige of ‘Under A Cracked Sky’ truly establishes the fact that we continue to present our attendees with world-class material and technologies. I am certain people will enjoy Graham’s presentation and short film -- after all, it doesn’t get more impressive than The New York Times!”

Graham Roberts noted, “VR is an incredible new tool that gives people a different perspective -- it offers the feeling of full

immersion within our news stories and reports. I see VR as an important change in the way in which people digest news and interact with the media: It’s a new paradigm through which people can experience brand-new perceptions of the world … it transports the viewer somewhere he or she has never been before.”

Roberts added, “I’ve been attending SIGGRAPH for the past few years, and it’s always been a place that has its finger on the pulse of technology -- one step ahead of the curve. I’m always inspired when I attend SIGGRAPH and when I get the chance to see ‘behind the curtain’ of what’s coming up in the near future. [The conference] has been a huge influence on me, personally, and has allowed me to help establish VR a The New York Times. Through the integration of VR, we have begun to explore new ways in which we can enhance our reporting and our journalism, and to see more broadly what those opportunities are. At SIGGRAPH 2017, I’m delighted to have the opportunity to share back with the community some of the things I’ve learned over the years -- and how those ideas have been put into practice today.” Launched in August 2015, NYT VR has produced over 30 projects. The app is free and available to download on the Play Store and App Store.