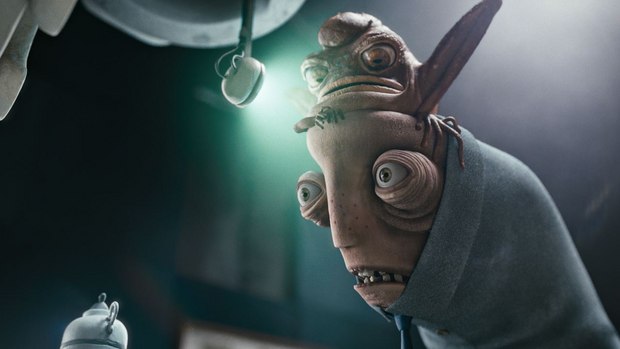 CHICAGO, IL -- SIGGRAPH 2017, the world’s leading annual interdisciplinary educational experience showcasing the latest in computer graphics and interactive techniques, will present remarkable student-produced work from around the world within its Computer Animation Festival. Also, for the first time, selected short films will be rendered in real time, and 2017 marks the debut of its VR Theater. SIGGRAPH 2017, running July 30 through August 3 in Los Angeles, is the 44th International Conference and Exhibition on Computer Graphics and Interactive Techniques.

Check out the brand-new festival trailer in the player below:

The SIGGRAPH Computer Animation Festival is the leading annual festival for the world’s most innovative, accomplished, and amazing digital film and video creators. An internationally recognized jury received hundreds of submissions and has selected the best work of the year for both the Electronic and VR theaters. The festival is recognized by the Academy of Motion Picture Arts and Sciences as a qualifying festival. Since 1999, several works originally presented in the Computer Animation Festival have been nominated for -- or have received -- an Academy Award for Animated Short Film.

For 2017, 25 pieces have been accepted into SIGGRAPH’s Electronic Theater and 10 into the VR Theater. Two-thirds of this year’s short films were international submissions and run the gamut of genres — with everything from advertising, visualization, and simulation to visual effects and game cinematics. Additionally, short films or visual effects reels will also be shown from Industrial Light & Magic (ILM), Pixar Animation Studios, Weta Digital, Moving Picture Company (MPC), and Epic Games.

“We are extremely excited about our show this year. We will be presenting many firsts, including short films being rendered in real time -- a milestone for this festival -- the introduction of our VR Theater, and perhaps most importantly some really incredible student work!” said SIGGRAPH 2017 Computer Animation Festival Director Pol Jeremias. “When watching the Electronic and VR Theater films, my hope is that our attendees will become inspired by the experience and leave with new ideas.”

As the festival moves beyond the flat screen for the first time, the team invites attendees to experience the next generation of storytelling in virtual reality. The VR Theater will present morning and evening programs throughout the conference week, each featuring five VR films.

“The VR submissions we accepted push the boundaries of storytelling and technology,” Jeremias adds. “Over the past two years, VR has reemerged as an important and popular medium, and the projects we are showing represent the next wave of this -- presentations that depict powerful new stories to see, hear, and experience. Accepted pieces range from environmental documentaries to short stories to music videos, and will really give viewers a sense of where VR is going.”

Also new for 2017, the Computer Animation Festival will host two separate Director Q&A sessions featuring directors from both the Electronic and VR theaters on Wednesday, 2 August. Each panel will give attendees the chance to have an open dialogue with the creators behind the work.

Finally, the Academy of Motion Picture Arts and Sciences, in collaboration with SIGGRAPH 2017, will be presenting a special panel entitled “The Academy’s Scientific and Technical Awards: The Technology, the Awardees, and the Process.” The session will cover some of the award-winning technologies, the history of the work leading to the awards, as well as details of the Scientific and Technical Award process. The panel will be led by moderator Barbara Ford Grant, vice president of Digital Production Services at HBO, and will feature Doug Roble, creative director of software at Digital Domain and member of the Academy’s Science and Technology Council, among others.

Registration for SIGGRAPH 2017 is open. Visit s2017.SIGGRAPH.org for more information, including ticketing detail for the Electronic and VR theater showings.