Conference to feature the latest in emerging technologies with more than 20 interactive installations, as well as 3D printing workshops and a range of talks on mobile applications.

SIGGRAPH 2016, the world’s leading annual interdisciplinary educational experience showcasing the latest in computer graphics and interactive techniques, will once again host fascinating presentations and installations as part of its Emerging Technologies, Studio, and Appy Hour programming. With the tagline “Render the Possibilities,” SIGGRAPH 2016 will be held at the Anaheim Convention Center, July 24-28, 2016. See, learn, touch, and experience state-of-the-art technology in human-computer interaction and robotics as part of the SIGGRAPH Emerging Technologies program. The over 20 installations featured as part of this experience showcase work from many sub-divisions of interactive techniques, with a special emphasis on projects that explore science, high-resolution, digital-cinema technologies, and interactive art-science narratives.

“Attendees will have the opportunity to test-drive the latest interactive and graphic technologies before they transform the way we live and work. Each installation selected presents hands-on demonstrations of research from a wide variety of disciplines, including automotive systems, displays, input devices, sports technology, and wearables,” said Emerging Technologies Chair Masahiko Inami.

On Wednesday, 27 July, Emerging Technologies will, for the first time, present a “Best of Show” for the project that best exemplifies the future of art, science, and human-computer interaction, and the role of emerging technologies as a force for positive advancement. The SIGGRAPH 2016 Studio will explore altered reality, the virtual made physical, and creations that cross both spaces. Attendees will get the chance to work in a hands-on environment and gain experiences with laser cutting, scanning, and 3D printing, among others. To accomplish this, the Studio program will present eight installations, seven presentations, and seven workshops.

“We are so thrilled for the conference to begin and for attendees to experience and get involved with the all-new Feuding Cities gaming experience, and cannot wait for the epic final battle,” said Gerry Derksen, SIGGRAPH 2016 Studio Chair. “Just as equally thrilling are this year’s incredible projects and workshops, which have been designed so that attendees can explore new tools, applications, and methods to create, craft, build, and share exciting experiences.”

Appy Hour at SIGGRAPH 2016 is a techno-social soirée that celebrates innovation, creativity, and know-how. During Appy Hour, attendees can interact with developers and experience innovations in mobile technology. For 2016, the program features cool apps and content including: 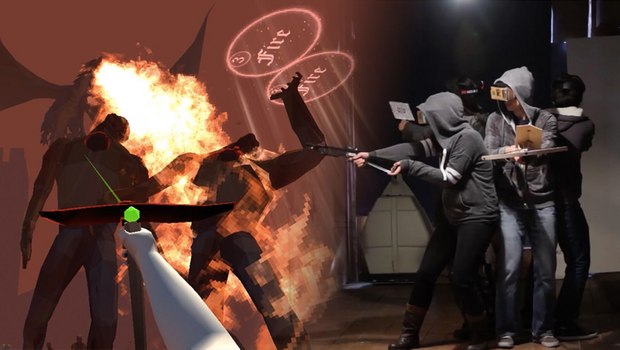