More than 100 pieces will be shown during the Computer Animation Festival at the Vancouver Convention Centre, 10-14 August. The 2014 nominees were chosen by an expert panel of jury members from more than 450 submissions. 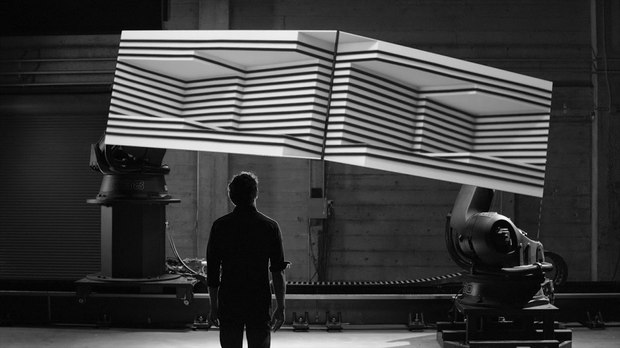 Paper World is an image film for the World Wildlife Fund Hungary where the values that WWF stands for become visible metaphorically on the level of a micro-world.

A house uproots herself and goes on an adventure. The deterioration of one is the foundation of another one's life. The world, with its never-ending interplay of eating and being eaten, takes on new dimensions when the unexpected forces of nature clash with the existing structures of our society. The only constant is change.

Gravity, this year’s VFX Bafta and Oscar-winner, turns filmmaking on its head. Rather than adding visual effects to a live-action plate, the film is around 80% computer generated, with the live-action elements (Sandra Bullock and George Clooney’s faces), integrated seamlessly with their CG spacesuits and surroundings. This video visualizes Kinematics, a system for designing and simulating flexible structures for 3D printing. Kinematics generates customized designs composed of 10s to thousands of hinged, interlocking modules. The designs are computationally folded using rigid-body physics into a smaller form for fabrication by 3D printing. The concept of this full-CGI trailer consists of juxtaposing the two worlds valued highly by car lovers: aesthetically pleasing advertisements and action scenes. The features of the game, such as the novelty of the multiplayer aspect and the feeling of freedom in an open world, are highlighted through this concept. With Ryse, Crytek decided to focus on characters and emotion to serve the game and story. Ryse is an eight hour game with an additional 110-minutes of linear storytelling content. The submission shows gameplay and cutscenes, both utilize the same assets and can be rendered in real-time.