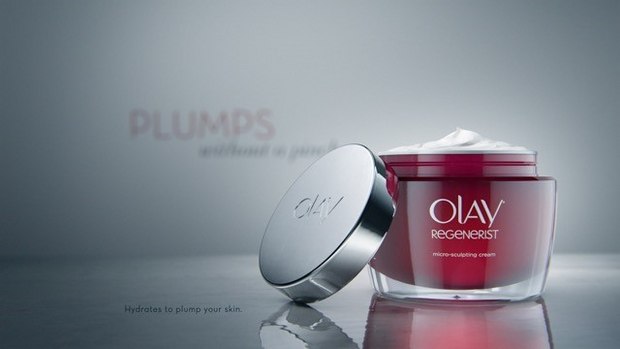 NEW YORK -- Full-service production company Shuttlecraft is celebrating its one-year anniversary with the debut of a new campaign for Olay. The company has also signed Ilene Silberman as its East Coast rep as part of its ongoing strategic positioning.

Since launching last September, Shuttlecraft has built its business on delivering beautiful, conceptual storytelling for its clients. The company's latest round of work sums up its offerings of live-action and post-production services, including VFX, animation, editorial, compositing and finishing.

For the new Olay Regenerist Micro-Sculpting Cream campaign, Shuttlecraft was tapped to create a series of conceptual, typographically-driven spots.

“This project exemplifies how we shape brands with simplicity, emotion and the power of a point of view,” Shuttlecraft Founder/Executive Creative Director Ronnie Koff says of the campaign for Olay, which has long defined its brand in commercials by presenting its skincare products exquisitely, front and center with celebrity spokespersons.

Case in point is the work of Shuttlecraft’s directing duo, Marc & Emma. Their recent project, an awareness campaign for Belgian conservation organization Natuurpunt, showcases their signature stop-motion animations with puppetry. Entitled The Garden Ape, the heart-warming spot features a moss-covered simian who explores his backyard. The puppet was carefully hand-crafted with mechanical armatures, and then completely captured in-camera. Marc & Emma then removed the wires and traces of puppeteering in post.

“The Garden Ape' is quintessential Marc and Emma,” says Koff. “The detail, humor and personality they bring to filmmaking is the type of talent we like to align ourselves with.”

Koff attributes Shuttlecraft’s prolific year one to its commitment to remaining “boutique”  with a diverse roster of directors who each bring their own unique style and skillset.

“Companies are trying to be everything to everyone these days, and I don’t think you have to be,” explains Koff. “Instead, we’re hyper-focused on what we do well, and our clients love the passion and individual attention they receive.”

Joining the Shuttlecraft family is East Coast sales rep Silberman, who Shuttlecraft Executive Producer Robert Berman figures to be integral to the company’s growth in year two and beyond.

“We were fortunate to find Ilene at an opportune time,” Berman concludes. “She brings to Shuttlecraft a wellspring of relationships and industry knowledge combined with a great appreciation for the type of work we do. She is also a tireless advocate for the companies she represents; a special quality unto itself.”

Additionally, Shuttlecraft is repped on the West Coast by Sara Barnthouse of DeVine Reps and Lisa Gimenez of Manifest Creative; and in the Midwest by Jim Robison and Janice Wagdy.