Combing animation with ballet, the live-action hybrid film is a modern retelling of a love story between Swan and Franz; ballerina Michaela DePrince leads an impressive ensemble of international dancers. 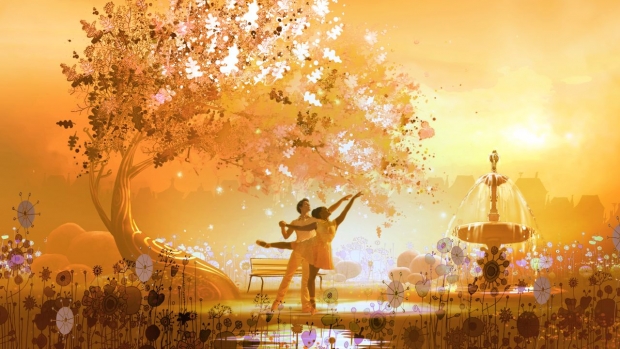 Shout! Studios and Urban Distribution International (UDI) have announced an exclusive deal to distribute the upcoming feature, Coppelia in the United States and Canada. Shout! Studios has secured all North American distribution rights including digital, video-on-demand, broadcast, theatrical, and home entertainment for cross-platform releases in the U.S. and Canada, and is planning a strategic launch of the feature across all major entertainment platforms in 2021. The announcement was made by Melissa Boag, Shout’s Senior Vice President of Family Entertainment, and Louise Ronzet, Head of Sales at Urban Distribution International.

Coppelia combines enchanting animation and live-action dance in a modern retelling of the love story between Swan and Franz, jeopardized by cosmetic surgeon Dr. Coppelius and his uncannily beautiful protégé Coppelia. The feature is produced by award-winning creators Submarine (Undone, Amazon Prime), and 3 Minutes West in co-production with MotionWorks and Lunanime. The film is directed by Jeff Tudor, Steven de Beul and Ben Tesseur, choreographed by the director of Dutch National Ballet Ted Brandsen with original music from Maurizio Malagnini (Call the Midwife, Peter and Wendy). Urban Distribution International handles sales for the project.

"We are incredibly excited about this new collaboration with UDI,” commented Boag. “This unique movie delivers a show-stopping visual presentation of a timeless tale. The extraordinary talent and creativity behind this production deliver a film that is sure to win the hearts of movie goers and captivate fans of animation and the arts.”

“As sales agents, we immediately fell in love with this smart, modernized version of the world-famous ballet,” added Ronzet. “Coppelia conveys messages of body positivity and self-acceptance, which are essential to challenge our appearance-obsessed culture and standardization of beauty through social media. We have no doubt this will appeal to all families and we are thrilled to have Shout on board.”

The deal was negotiated by Shout’s Jordan Fields, VP of Acquisitions and UDI’s Ronzet.

The film will be distributed by Square One in German-speaking territories and Periscoop Film in Benelux. Both are planning a release in Q4 2021