Shout! Releases U.S. Trailer for ‘Thunder and the House of Magic’ 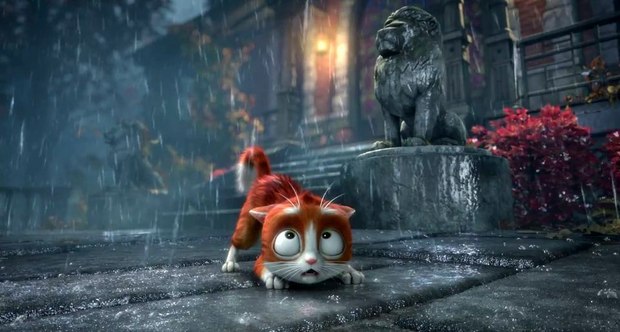 Shout! Factory has released the official U.S. trailer for Thunder and the House of Magic, opening domestically on September 5 in select cities including Los Angeles, New York, San Francisco and Washington, D.C.

Directed by Ben Stassen (Fly Me to the Moon) and Jeremie Degruson (Sammy’s Adventure), Thunder and the House of Magic was produced with a budget of $34 million by Brussels (Belgium) based nWave Pictures in association with StudioCanal and media fund Anton Capital Entertainment.

The story follows Thunder, an abandoned young cat seeking shelter from a storm, who stumbles into the strangest house imaginable, owned by an old magician and inhabited by a dazzling array of automatons and gizmos. The house is occupied by an assortment of his wacky assistants who don’t all welcome the new houseguest, but when the magician lands in the hospital and his scheming nephew puts the mansion up for sale, our young hero and his new friends join forces to save their magical home.