Shout! Releases New Clip from ‘Jack and the Cuckoo-Clock Heart’ 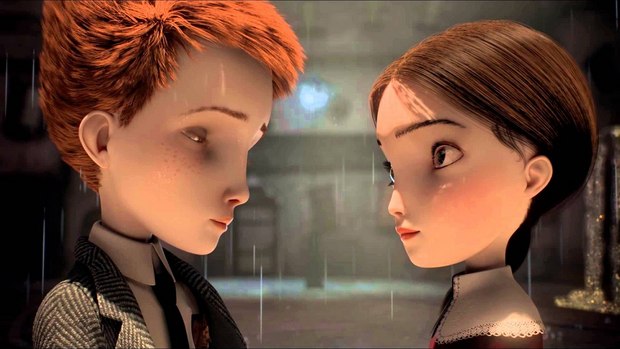 Shout! Factory has released a new clip for EuropaCorp’s Jack and the Cuckoo-Clock Heart.

Based on the novel by Mathias Malzieu, Jack and the Cuckoo-Clock Heart is a fantastical, wildly inventive tale of love and heartbreak in which Jack finally learns the great joys, and ultimately the greater costs, of owning a fully-formed heart.

The film takes place in Edinburgh, 1874. On the coldest day in the history of the world, little Jack is born with his heart frozen solid. Wasting no time, midwife Madeleine takes action and saves his life by inserting a cuckoo-clock in place of his icy heart. And now Jack will live…as long as he observes three golden rules: He must never touch the hands of the clock. He must master his anger. He must never, ever fall in love. But fall in love he does, to a bespectacled young street performer, Miss Acacia, with a soul-stirring voice. Now begins a journey of escape and pursuit, from Edinburgh to Paris to Miss Acacia’s home in Andalusia.

The clip features the song "Miss Sprite," performed by Dionysos. Watch it below:

Jack and the Cuckoo-Clock Heart releases simultaneously in theaters and on VOD Wednesday, September 24, 2014. Find a theater at jackandthecuckooclockheart.com.