Los Angeles, CA -- This summer, join your favorite storybook characters in a hilarious mash-up of the most celebrated fairy tales when the highly anticipated feature-length movie The Seventh Dwarf opens theatrically in New York and Los Angeles on July 31, 2015 from Shout! Factory Films.

Join all seven dwarfs for an adventure as big as they are small! It’s the eve of Princess Rose’s 18th birthday. Everyone in the kingdom has come to Fantabularasa Castle to celebrate, including Snow White, the Seven Dwarfs, Cinderella and Red Riding Hood. But just before the stroke of midnight Bobo, the youngest dwarf, accidentally pricks the finger of Princess Rose (a.k.a. Sleeping Beauty) with a cursed needle and sends the kingdom into a century-long slumber! To find Rose’s true love Jack to save her with a kiss, Bobo and the other six dwarfs must go on a treacherous journey, face a fiery dragon and outwit the jealous, scheming and evil witch, Dellamorta.

Watch the trailer for The Seventh Dwarf in the player below:

The Seventh Dwarf opens in New York and Los Angeles on July 31, 2015. The film is rated PG and has a run time of 88 minutes. 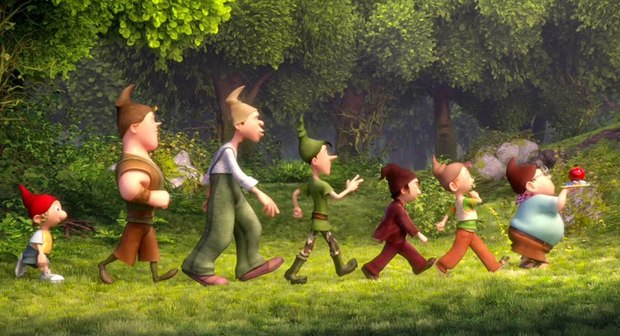