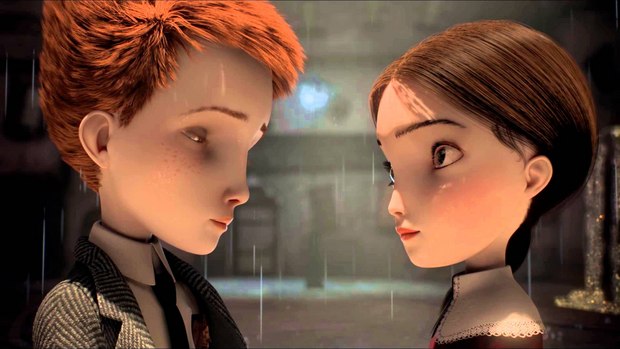 Shout! Factory and EuropaCorp have entered into an exclusive picture deal to distribute Jack and the Cuckoo-Clock Heart (Jack et la Mécanique du Coeur) in both U.S. and Canada. A film by Mathias Malzieu and Stéphane Berla, this visually stunning CG-animated family adventure is produced by Virginie Besson-Silla and EuropaCorp. The announcement was made by Shout! Factory’s founders Richard Foos, Bob Emmer and Garson Foos, and Cécile Fouché, International Sales Manager of EuropaCorp and Virginie Besson-Silla, EuropaCorp.

Shout! Factory has secured all distribution rights to Jack and the Cuckoo-Clock Heart, including theatrical and digital distribution, home entertainment and broadcast for cross-platform releases. Shout! Factory plans a strategic rollout of this film in select theaters, video-on-demand (VOD), subscription video-on-demand (SVOD), electronic-sell-through (EST), television and in all packaged media in 2014.

“Luc Besson, having shown constant and renewed support for this film, is very proud of the result and thus very keen to have a US distributor attached to the film. We are delighted that Jack and the Cuckoo-Clock Heart will soon be available in North America. This superbly animated movie will sure win the hearts and minds of movie fans. Shout! Factory’s success with previous animated feature from EuropaCorp made it the ideal partner to distribute this movie in the U.S and Canada.  With its great amount of enthusiasm for our films, we are very pleased to team with Shout! Factory,” stated Virginie Besson-Silla.

“This beautifully made, highly entertaining feature is a perfect addition to our growing library of exciting new films. We look forward to presenting this remarkable family movie to North American audiences through a wide variety of entertainment distribution platforms,” stated Shout! Factory’s founders. “Over last year, we enjoyed tremendous success with Bibo Bergeron’s A Monster in Paris from EuropaCorp, and this new opportunity continues to build on our prowess in distributing premiere animation and family friendly content in the entertainment marketplace.”

Adapted by Mathias Malzieu from his own bestselling novel and the gold-selling album by his band Dionysos, Jack and the Cuckoo-Clock Heart is a whimsical and visually opulent animated fairy tale set in an exciting period full of fabulous inventions, unforgettable characters, enchanting music and fantastic adventures. This superbly animated movie about love and the acceptance of others will appeal to all ages.

Edinburgh, late 19th century. Little Jack is born on a day so cold that his heart remains frozen.

Dr. Madeleine saves his life by inserting a cuckoo clock in place of his defective heart. It will work, she warns him, as long as Jack observes three golden rules. First of all, he must never touch the hands of the clock. Secondly, he must control his anger. And last, but certainly not least, he must never, ever fall in love. The moment Jack sets eyes on a young girl singing on a street corner, the hands of his clock-heart begin to race. Desperate to find her again, Jack launches himself into a romantic quest that will lead him from the lochs of Scotland, to the city of Paris and all the way to Andalusia…