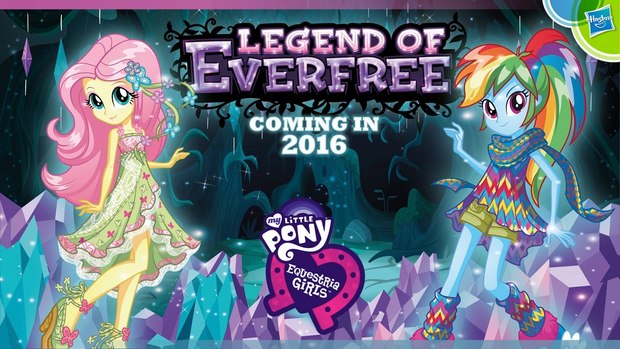 “My Little Pony Equestria Girls is an evergreen movie franchise that is beloved by kids and families around the world, and the new film Legend of Everfree is sure to delight fans of all ages,” said Melissa Boag, Senior Vice President of Kids & Family Entertainment, Shout! Factory, in making the announcement.

My Little Pony Equestria Girls Legend of Everfree follows Twilight Sparkle, Rainbow Dash, Pinkie Pie, Applejack, Rarity, Fluttershy and friends as they embark on a new adventure to camp! When Canterlot High School goes on a field trip to Camp Everfree, they’re surprised to find a magical force is causing strange things to happen. With the help of the Mane 6 and especially Sunset Shimmer (who refuses to give up on her), Twilight Sparkle must confront the dark “Midnight Sparkle” within herself and embrace her newfound magical abilities to save the camp.