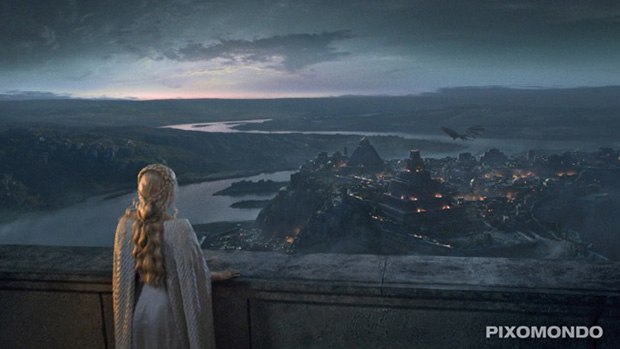 LOS ANGELES -- Shotgun Software, an Autodesk company, has been awarded a 2017 Engineering Emmy for providing a platform widely used by visual effects studios around the world to create today’s top television shows.

The Television Academy honors individuals, companies and organizations with Engineering Emmys each year for engineering developments that are innovative in nature and materially affect the transmission, recording or reception of television.

Shotgun Software has helped creative teams far and wide collaborate to get hundreds of episodes of top television shows to air, including: Game of Thrones, The Americans, Quantico, Ballers, Scandal, Outlander, Black Mirror, A Series of Unfortunate Events, Agents of S.H.I.E.L.D., Cosmos, Legion, Fear the Walking Dead, The Flash, Hawaii 5-0 and many others. Shotgun is a production management platform designed to facilitate collaborative VFX and animation pipelines. Its suite of tools provides a central hub for teams throughout the production process, keeping everyone up-to-date, avoiding wasted resources, and allowing directors and producers to make more informed artistic decisions.

“We starting building Shotgun with the dream of helping worldwide teams collaborate closely to put their best work on screen,” said Don Parker, co-founder of Shotgun and VP of production platform, Autodesk. “It’s been an exciting ride that’s lasted more than a decade, and we are deeply honored to be recognized by the Television Academy.”

Pixomondo is one of several visual effects companies with a Shotgun-based pipeline working on Game of Thrones. “We don’t have the time to make any mistakes. We have multiple tasks and artists working in parallel, so we need to be effective, avoid lag and not let things fall through the cracks. Worldwide, we all have Shotgun, and we work with the same pipeline. We share any and all assets without any problems,” said Sabrina Gerhardt, COO and executive producer at Pixomondo.

Austin-based studio Mighty Coconut recently relied on Shotgun to produce the animated series Kings of Atlantis. “During [Kings of Atlantis’] nine-month production, we created 13 11-minute episodes, totaling over two hours of animated content. Overall, we had 150 character assets, 30 environments, over 400 props, and 2,306 shots. We needed a strong infrastructure to keep our team organized and to ensure that production ran on track and within budget,” said Tim Cunningham, executive producer at Mighty Coconut.