Shotgun Announces First Pipeline Awards to be Held at SIGGRAPH 2014 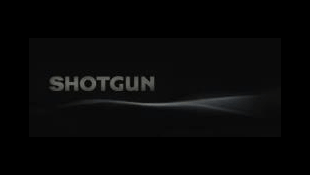 As a standardized but highly customizable toolset for production management, asset management and review, Shotgun is developed collaboratively by Shotgun Software and its user community of more than 500 visual effects, animation and games studios worldwide. The Awards will recognize tools that save time and mix creative genius with a clear grasp of how to make a laborious process better and faster -- whether or not they involve or use the Shotgun platform or toolkit.

“We want to shine a spotlight on those who well deserve it and rarely find themselves in it the tool builders inside studios,” said Shotgun CEO Don Parker. “They’re unsung heroes. We see people building amazing stuff that is helping their productions succeed and their studios move to new models even though that work never makes it onto the screen. We want to acknowledge the coolest, best pipeline tools in the industry and credit those who have built them. Honestly, too, it’s just going to be a lot of fun.”

Shotgun will select projects to be recognized with awards from among the following categories:

There will also be an Outstanding Pipeline Achievement award for the flat-out best implementation of Shotgun, and a Pipeline Hero Award for an individual who regularly shares best practices on the dev list and/or a customer-developed tool that has been adopted widely across the Shotgun user base.

The Shotgun team will determine award recipients, and is asking its users to let them know about projects or tools that should be considered -- both self-nominations and nominations of other tools are encouraged. Email suggestions to pipelineawards@shotgunsoftware.com by July 10. Note that while awards will be presented at SIGGRAPH/Vancouver, those recognized for their work do not have to be present to receive them.