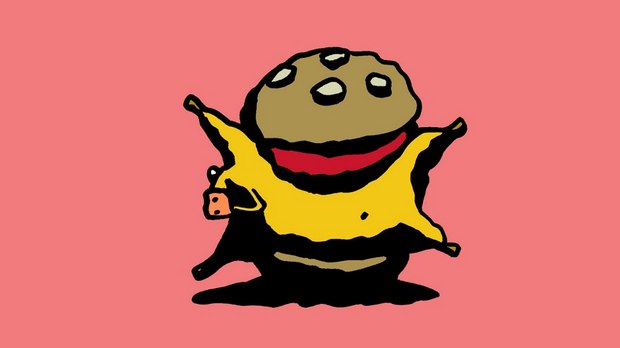 Los Angeles -- ShortsHD, the world’s only HD TV network dedicated to short movies, has struck its biggest movie deal to date, acquiring Oscar nominated animation icon and pioneer Bill Plympton’s entire library of award winning shorts and feature films for global distribution on all ShortsTV and ShortsHD platforms. Plympton has been nominated for two Oscars and his numerous award-wins include the Annie Awards, The Cannes Film Festival and The Annecy International Animated Film Festival, among others.

Plympton has built an amazing and loyal fan base through the years and his catalog has been heavily sought-after. In tandem with the Plympton catalog acquisition, ShortsHD is also launching a brand new series of specials surrounding short filmmakers who use shorts as stepping stones to features titled Shorts To Features.

Plympton’s works will be showcased on ShortsHD in the U.S. and on ShortsTV in the EMEA territories this fall. Plympton is supporting the project by shooting intros and outro segments to tie in with his shorts and features. In addition, iTunes and Amazon Instant Video will launch the entire catalog globally later this year.

Carter Pilcher, Chief Executive, ShortsHD commented: “I love this guy. Audiences love this guy. Bill’s shorts and features are some of the world’s leading cult animations. Why? The craftsmanship is amazing and Bill’s observations on life are just screwed up enough, surreal enough and edgy enough to make watching them a riot. But that’s not all,” Pilcher said. “Few animators have the prowess, the talent or the sheer fortitude to personally draw frame after frame as Bill does. Imagine this: in his upcoming feature-length movie, Cheatin’, he hand drew 40,000 frames of animation!” exclaimed Pilcher.

Bill Plympton adds "I've been diligently withholding my large catalogue of animation for years exactly for this wonderful moment. Thanks to Shorts HD, now traditional TV plus the huge digital audience can experience the weird and wacky world of Plymptoons"

Plympton’s catalogue animated short films include: The Cow Who Wanted To be A Hamburger, Horn Dog, Santa: The Fascist Years (Voiced by Matthew Modine), Hot Dog, Shuteye Hotel, Guide Dog, The Fan and The Flower (Featuring the voice of Paul Giamatti), Guard Dog, Parking, Eat, Can’t Drag Race With Jesus, Surprise Cinema, More Sex & Violence, The Exciting Life of A Tree, Sex & Violence, Plympmania, Boney D, Smell The Flowers, How To Make Love To A Woman, Nosehair, Faded Roads, Draw, Push Comes To Shove, The Wiseman, Dig My Do, Tango Schmango, Plymptoons, 25 Ways To Quit Smoking, How To Kiss, One of Those Days, Drawing Lesson #2, Love in The Fast Lane, Your Face, Boomtown and Lucas The Ear of Corn.

Plympton’s animated feature films include: Idiots and Angels, Hair High, Mutant Aliens, I Married a Strange Person and The Tune.

Bill Plympton has been nominated for an Oscar two times in his career. Having worked primarily as an animator, Plympton’s has also been a cartoonist, director, screenwriter and producer. He is best known for his 1987 Academy Award nominated short Your Face and his 2005 short Guard Dog. Plympton’s cartoons have appeared in such magazines as The New Yorker, Vanity Fair, Playboy, Penthouse, Rolling Stone, National Lampoon and Glamour. Plympton’s credits include a slew of animated features, documentaries, live-action features, animated shorts, compilations, music videos and commercials. Plympton is represented by Sales Agents: Branscome International (New York) and SND Films (The Netherlands), who collaborated on the ShortsHD deal.