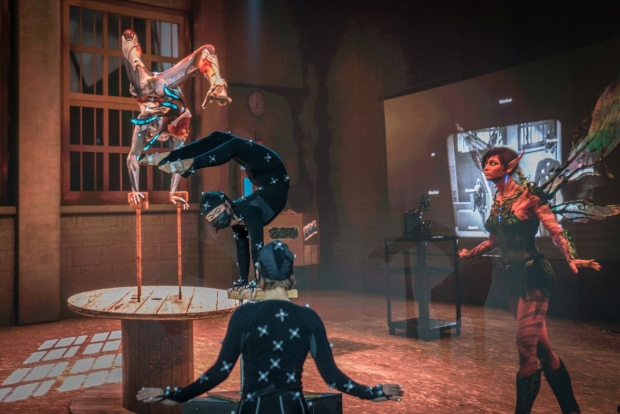 Epic Games has awarded a second Epic MegaGrant to Shocap Entertainment; the $100M program supports innovative teams and creators. The live entertainment and cross reality production company will use the grant to expand its range of XR projects developed this past year. It will further the company’s mission to help change the shape of mixed reality performance.

Current projects include the live XR-Circus production, LiViCi, created in collaboration with The 7 Fingers. Primed for a final release in late 2021, several teasers and a preview performance have been revealed, including a recent four-day workshop showcasing the project’s impressive technological achievements.

“We’re incredibly thrilled and honored to have two projects receive Epic MegaGrants less than one year into the studio’s existence,” commented Shocap Entertainment co-founder and executive director Athomas Goldberg. “Not only is Epic Games Unreal Engine integral to all of our projects, but the MegaGrant is helping us drive the next generation of XR and mixed reality entertainment. LiViCi combines all facets of real-time, performance capture, CG graphics, music, and real-life performance into one breathtaking showing. It’s the future of entertainment.”

LiViCi is a unique performance brought to life using the Unreal Engine and cutting-edge motion capture. Housed in Animatrik’s studio, the dynamic actions of The 7 Fingers’ expert-performers drive the movement of digital characters and animated effects in a fully-realized interactive virtual world. It is a true cross-reality achievement, demonstrating the potential of Unreal Engine and its ability to enhance live productions in new and exciting ways.

The grant will also allow for the consolidation of Shocap’s continued partnership with The 7 Fingers, an international contemporary circus company that combines death-defying acrobatic feats, physical theatre, music and dance. This recent February workshop served as an opportunity to test the final performance and the technology behind it. “We are delighted to support Shocap’s ongoing and innovative use of Unreal Engine,” noted Jeff Peres, Director of Epic MegaGrants, Epic Games. “The Shocap team continues to push the boundaries of what is possible, and we are incredibly excited to witness their real-time journey.”

While still in development, Shocap Entertainment’s proprietary “Ringmaster Virtual Performance System” is a new tool that connects all the company’s technological solutions under a centralized control. Its development aligns in parallel with the LiViCi project, which is set to showcase the full extent of Shocap’s capabilities.