Based on the original manga by Eiko Kera, the new channel will stream past episodes of the popular anime series. 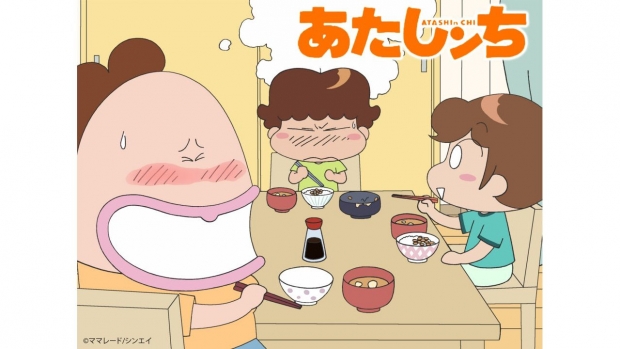 Shin-Ei Animation Co., Ltd. and AlphaBoat LLC have joined forces to launch an official YouTube channel for the popular anime series, Atashin’chi, based on the original manga by Eiko Kera. AlphaBoat will manage the channel and the official Twitter as well as provide copyright management services.

Atashin’chi describes the everyday life of the Tachibana family: Mother, who tries her best in everything she does despite her clumsiness; Father, who says little and insists on doing everything his way; Mikan, a high school romantic; and naïve Yuzuhiko, who might appear to be emotionless at first glance. The stories chronicle the everyday lives of this immensely relatable quintessential Japanese family.

The popular Mother character’s fame has reached beyond her anime roots, making her the centerpiece of a monthly educational campaign poster for the “Reduce, Reuse, Recycle” campaign promoted by Japan’s Ministry of Economy, Trade, and Industry in 2003. She also took fourth place in Taiwan’s “Venerated Mother Rankings” illustrating her popularity extends beyond Japan.

The new official Atashin’chi YouTube channel will stream free past episodes of the anime series (2002-2009 Atashin’chi, 2015-2016 New Atashin’chi) in their original order, as well as channel-exclusive content such as Red Rose of Passion collections and highlight reels.

“I’ve been told that there will be additional video content uploaded to the channel including never-before-seen video as well as collaboration videos and specials, so I am very much looking forward to it,” said manga author, Kera. “I’m also looking forward to a special video that makes me wonder, ‘Is it okay to upload this to the official YouTube channel?’ Be sure to send your requests as well through comments on YouTube or messages to the official Twitter account!”

Approximately 270 episodes are set to be released now through March 2021.