Two-time Emmy Award-winning producer and studio executive Sherry Gunther Shugerman has teamed up with the German brand management and media company m4e to produce a new TV show highlight called The Beatrix Girls. The show is based on the multimedia brand and its toy line of collectible pop-star dolls driven by original music, with more than 23 million views on its YouTube videos, originally developed by Sherry Gunther Shugerman and her company POPmedia Brands. The producer has an unparalleled track record of over two decades of experience producing smash hits such as The Simpsons, Family Guy and Rugrats.

The show is currently in financing status, while the producers are already in discussions with various broadcasters. Production is due to start in 2017. 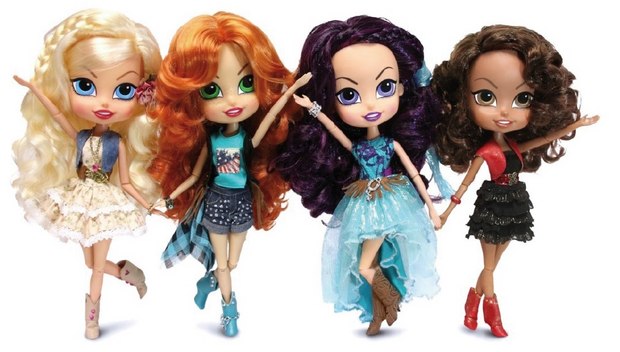 Living the life of a pop star is a dazzling dream come true for best friends Brayden, Lark, Ainsley and Chantal -- also known as the chart climbing pop band The Beatrix Girls -- who just happen to be 12-inch dolls living in a normal sized world. By combining lovable characters, cutting-edge pop music and comedic storytelling, this show is crafted to become a breakout hit. The characters of The Beatrix Girls are musicians and role models for a new generation of empowered young girls, with great clothes, fabulous hair, and original pop music, developed by platinum-winning songwriters and producers. Each member of the band sings, plays a different instrument and even writes the songs. So grab your backstage pass, go past the velvet ropes and get ready to rock out with the band that is awesome, fantastic -- and totally made of plastic.