Taking place June 16 – 19, the 26th annual Society for Animation Studies conference brings together over 100 researchers and participants from around the world. 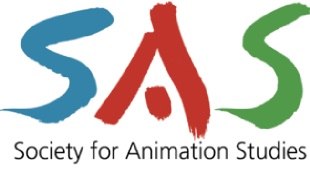 Oakville, Ontario -- Sheridan is set to be the academic host of the 26th annual Society for Animation Studies (SAS) conference this year, taking place June 16 – 19, at Corus Quay in Toronto and at Sheridan’s Oakville campus.  SAS is an international organization dedicated to the study of animation history and theory.  This academic conference will bring together over 100 researchers and participants from around the world to share their ideas, theories and published studies related to animation.

The conference theme is “The Animator”, chosen by Sheridan to pay tribute to the late Norman McLaren, inaugural head of the NFB’s animation studio.  2014 marks the centenary of his birth.  The theme is also a nod to the thousands of Sheridan alumni from the Bachelor of Animation (formerly a diploma program) and post-graduate streams in computer animation, digital visual effects and character animation, who have fueled the animation industry in Canada and the U.S. over the past 40 years.  In 2013, over 60 Sheridan alumni contributed to Oscar-nominated animated feature films.