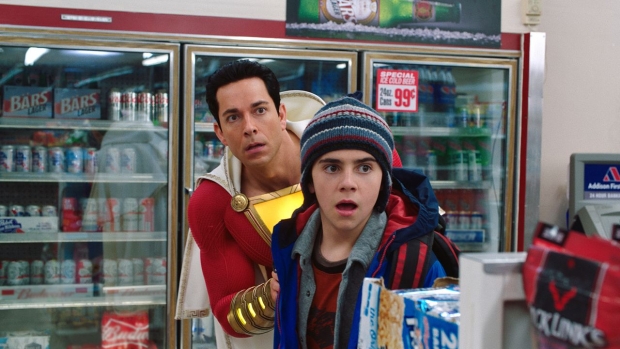 Shazam! Fury of the Gods is about to get a lot… sexier? Joining main villain Hespera, played by Helen Mirren, is Lucy Liu as Kalypso. Both are daughters of the god Atlas, and sure to be just as furious. While this casting is cause enough for celebration (a strong female character over 70 and an American Asian woman, rejoice!) it is also interesting to note that both sisters were created specifically for the film, and have never appeared in the Shazam! DC comics. Is this the harbinger of a veritable pantheon of villainous sisters coming our way? Here’s to hoping!

While plot details for Fury are still under lock and key, Shazam! follows 14-year-old Billy Batson as he is chosen to wield the amazing powers of Shazam: the Wisdom of Solomon, the Strength of Hercules, the Stamina of Atlas, the Power of Zeus, the Courage of Achilles, and the Speed of Mercury.

The sequel will once again feature Zachary Levi and Asher Angel as Billy Batson, alongside many familiar faces from the original cast. David F. Sandberg will also be returning as director.

Shazam! Fury of the Gods is still in pre-production and is scheduled for a June 2, 2023 release.