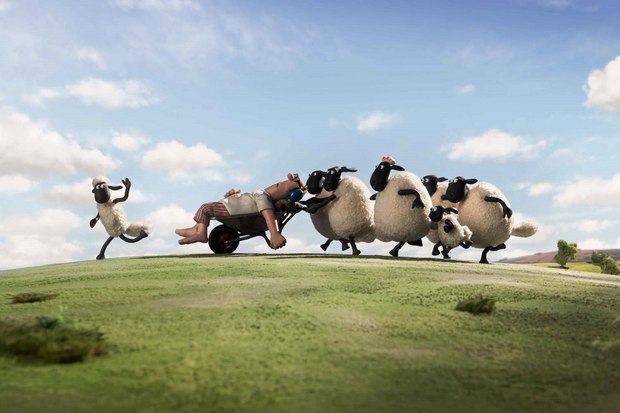 Held tonight at London’s BFI Southbank, the ceremony was hosted by voiceover artists, actors and impressionists Duncan Wisbey and Jess Robinson and attended by the great and good of British animation. The BAAs are the only awards to recognize all forms of animation and honor the finest achievements in the genre produced in this country over the last two years.

The Hobbit and Sherlock star Martin Freeman picked up the award for Best Voice Performance sponsored by Fitzrovia Post Ltd for his titular vocal turn in Magic Light Pictures’ epic Christmas tale Stick Man, beating Chris O’Dowd for Puffin Rock and William Vanderpuye for Rastamouse. The Stick Man was one of only two double winners on the night, also picking up the award for Best Use of Sound.

The prestigious award for Best Long Form, sponsored by Bubble, was won by Aardman Animations’ joyful Shaun The Sheep: The Movie. The stop frame animation about a flock of sheep who venture into the big city to rescue their farmer, saw off competition from the Stick Man and Fettle Animation’s moving film for BBC Learning Children of the Holocaust. It is the 20th BAA that Aardman Animations have won over the past two decades. In the Short Film category, sponsored by Astley Baker Davies, the honors went to Holbrooks Films’ Teeth, directed by Daniel Gray & Tom Brown. A multi-award winner around the globe the film follows the story of a man whose life events are chronicled through the loss of his teeth.

Manchester band James continue to enjoy their comeback, rocking to success in the Best Music Video category with their video for Moving On, made by Ainslie Harrison. Other videos in contention included Amaro & Walden’s: Joyride and Benjamin Scheuer: Cookie-tin Banjo made by Peter Baynton, with the latter finding consolation in the Public Choice Award for Favorite Music Video, sponsored by Glassworks.

Over in the commercial category, Anchor Butter’s Little Elephant by Kyra Buschow and Constantin Paeplow, charged to success in the Best Use of Animation in a Commercial, leaving Sainsburys’ adorable festive feline Mog The and the Mariposa sofa family in their wake.

The animation-loving public also got to have their say in the Public Choice Award category for Favorite Film, sponsored by Glassworks. It was impossible to separate the top two with the gong awarded jointly to Mend and Make Do by Bexie Bush, a graduation film from the National Film & Television School and BlueBarry by TwinTrash, an undergraduate film from Kingston University.

As well as honoring established animators, the BAAs are also committed to rewarding new animation talent and the student categories are an important part of the awards. This year’s student categories saw Man Up You by Katie Lenton pick up the Best Undergraduate Student Film, (UCA Farnham) sponsored by Cartoon Network and Small People with Hats by Sarina Nihei, RCA, win the Best Post-Graduate Film.

Finally, the award for Best TV/Film Graphics, was won by Mattias Hoegg and Callum Cooper for their work on the Guardian Newspaper’s The Power of Privacy documentary.

BAA Director, Jayne Pilling says: “It’s twenty years since these awards began and we never cease to be bowled over by the sheer creativity and innovation in the British animation industry. The incredibly difficult decisions that our panels had to make to choose the winners prove that the animation industry is in better health than it’s ever been!”

Held every two years, the British Animation Awards (BAAs) reward the very best new and established British animators across a variety of categories including short films, animated graphics for film and television, children’s series, music videos and commercials. The awards themselves (the BAAs) are unique artworks, featuring sheep, created especially for the occasion by a range of leading international and UK animation artists: a measure of the world-wide respect felt for British animation. Artists who contributed BAAs this year include: Oscar-winning animators Nick Park and Daniel Greaves and award-winning author/illustrator David Melling.

The full list of BAA nominees and winners is shown below:

*James: Moving On
Directed and produced by Ainslie Henderson
Produced by An Independent Production for BMG

What Do You See?
Director Sally Arthur
Producer Melissa Blackburn
Produced by Unchosen for Unchosen

BEST ANIMATION IN A COMMERCIAL

BEST USE OF SOUND

*Man Up You
Director Katie Lenton
Produced at University of the Creative Arts, Farnham