‘The Shape of Water’ Takes Form at Deluxe Toronto 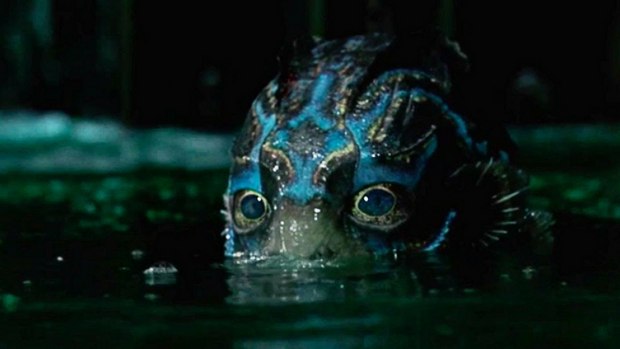 When the time came for master storyteller Guillermo del Toro del Toro to post The Shape of Water, he and his team returned to Deluxe’s all-inclusive post facility in Toronto, where he’d completed many previous projects, including his previous feature, Crimson Peak, and multiple-Oscar-winner Pan’s Labyrinth. The Shape of Water was shot by Dan Lassen, with visual effects provided by Mr. X, and stars Sally Hawkins, Michael Shannon, Richard Jenkins, Octavia Spencer, Michael Stuhlbarg and Doug Jones.

Deluxe Toronto was designed from the ground up to provide infrastructure and artistry necessary to offer a full set of end-to-end post services -- dailies, conform, final color, VFX, and a full sound mixing stage, all under a single roof. “Post workflows are changing rapidly,” says Nick Iannelli, Sr. VP Post Production, “and schedules are always tightening. Our setup allows filmmakers to work on all aspects of post under one roof.”

“They are perfect for the way I like to work,” del Toro notes. “I can sit in with the mixers and check in on the color grading as the rooms are next door to each other. It’s like being at home, they’re our partners.”

Deluxe colorist Chris Wallace handled final color (for D-cinema and an HDR-10 home video pass) based on specific looks Laustsen had built during principal photography. Mixers Christian T. Cooke and Brad Zoern worked on one of the company’s hybrid Avid/Harrison mixing consoles, Mix One, which is also the largest Dolby Atmos setup in all of Canada. “The experience was very positive,” recalls Producer J. Miles Dale. “Having all these services together allowed post production to happen more quickly and, most importantly, it let Guillermo focus more of his time and attention on being creative.”

The Shape of Water is an other-worldly fable, set against the backdrop of Cold War era America circa 1962. In the hidden high-security government laboratory where she works, lonely Elisa (Hawkins) is trapped in a life of isolation. Elisa’s life is changed forever when she and co-worker Zelda (Spencer) discover a secret classified experiment. The film, which has been nominated for seven Golden Globes, received the Golden Lion for Best Film at the Venice Film Festival, was released in New York to the highest per-screen average in the country.