Created in collaboration with Google ATAP’s Spotlight Stories and Evil Eye Pictures, animated short made for mobile and VR devices contains hidden surprises, including a musical homage to Queen. 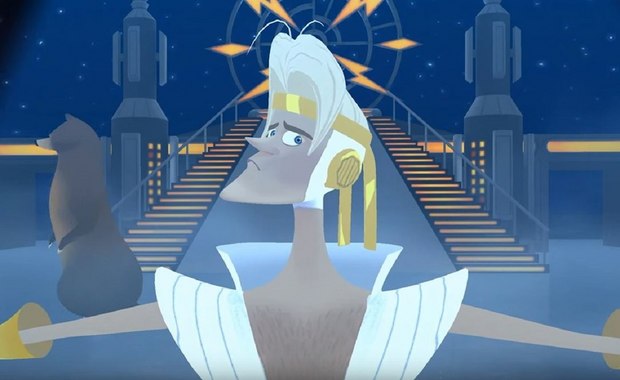 On Ice is about an over-the-top, sci-fi themed ice show and its star (a la Flash Gordon), who suddenly finds he has competition for the spotlight from an unlikely rival...a bear.

Directed by Tindle (Go Goo Go, Foster's Home for Imaginary Friends) and created in collaboration with Evil Eye Pictures, On Ice contains hidden surprises, both audio and visual, that occur on-stage and off, including one musical surprise that pays homage to Queen. Ice skating techniques are drawn from both accuracy and creative liberties -- and viewers can also catch the highlights they missed on the MainStage up on the Jumbotron!

Google Spotlight Stories is a new form of storytelling made specifically for mobile and VR. In these 360-degree interactive stories, viewers’ phones become a window to a world all around them. The sensors on the phone allow the story to be interactive; when viewers move their phones to various scenes, they are able to unlock mini-stories within the story.