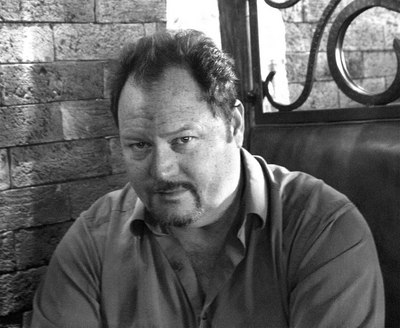 “We're so proud and excited to have a Visual Effects Supervisor of Everett’s caliber join our team,” states Godwin. “I’ve long been a fan of Everett’s work and it’s fantastic to have a supervisor of his stature and known passion for visual effects be a part of our company. His talent, creativity and on-set supervision experience and production skills will be a gigantic plus for both our clients and our artistic team.”

“When I was approached by Bryan to join shade VFX, I knew this would be a great fit,” states Burrell. “Bryan and his team have been doing all the right things to grow a dynamic and solid company during these challenging times in the visual effects industry. They’re well equipped to take on a level of VFX and animation that rivals many larger effects studios. Their passion and desire to create unique visuals and to find creative solutions to directors’ visions are totally in step with my philosophy and I’m excited to be part of shade’s future.”

Burrell brings over 25 years of industry experience in both digital and practical effects to shade.  Having begun his career working with Stan Winston, Greg Cannom and Rick Baker in practical creature and makeup effects, Burrell went on to form his own company, Optic Nerve, with John Vulich. There he worked with George Romero on The Dark Hall and on the remake of Night of the Living Dead with Tom Savini. Burrell went on to contribute to Babylon 5, for which he received an Emmy®, and then began using his digital artistry skills on other television shows including Hercules, Ally McBeal, Charmed and Dune.

In 2003, Burrell joined Café FX where he combined his love of practical and digital effects. His credits there included Blade III, Sin City, Hellboy, The Mist and the groundbreaking Pan’s Labyrinth. In 2007 Burrell became an independent visual effects supervisor and his recent credits include Max Payne, Battle Los Angeles, Prometheus, Warm Bodies, A Good Day to Die Hard and Fury.

Burrell will join shade VFX on their current production slate that includes these feature projects -- Poltergeist for MGM, 22 Jump Street for Sony, McFarland for Disney, Max Steel for Dolphin Entertainment and Annie for Sony. In television, shade LA is in production on the upcoming mini-series Olive Kitteridge for HBO/Playtone, and a D.J. Caruso project in the New York facility.

Shade was recently the sole vendor on Open Road’s Chef.

Jon Favreau, Chef’s’ director, states, “The work that shade helped us accomplish on Chef is something that I’m very proud of. In addition to the traditional CG work that most films incorporate, our film also required a new visual language for showing the characters' use of social media; something central to the story in Chef. Shade was a great collaborative partner in helping us solve this visual challenge in a fresh and creative way.”

Shade VFX has the structure of a boutique studio with all the advantages of a big company including robust infrastructure, pipeline and technology. Shade’s staff consists of highly-experienced senior artists as well as junior staffers with the talent to be future stars. This mix of talent creates production efficiencies and a critical edge given the challenges of the industry.

In March, Shade opened a new studio in Manhattan at 475 Park Avenue South which is centrally located for both clients and artists traveling from Brooklyn or New Jersey. Shade’s LA facility at Bergamot Station includes stage space that can accommodate green screen shoots and state-of-the-art technology. Bergamot Station is located on eight acres in the heart of Santa Monica and is Southern California’s largest art gallery complex and cultural center.

Godwin concludes, “Signing Everett was a big step for us. It’s great artists that make a great visual effects firm and we’re so happy to have him in our roster. We’ve grown the company in LA and with our recently opened New York office, we’re committed to offering the best service and creativity to our clients wherever they are. With Everett’s help, we’ll now be better able to continue our mantra of creative, efficient and well-priced services for our clients.”