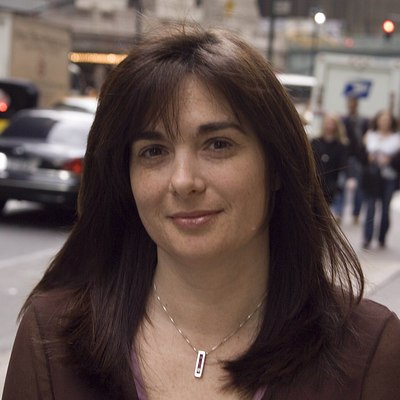 New York -- Visual effects producer Camille Geier has joined shade VFX as Executive Producer in the New York studio. An ILM alum, Geier has lived in New York for the past 10 years and will oversee shade’s feature and television New York slate including work on Marvel’s Netflix series Daredevil. To accommodate the company’s growth, shade has expanded into a new 5,000 square-foot location housing over 25 artists.

“We are so proud that a producer of Camille’s stature and talent has joined our team at shade to oversee our newly expanded New York studio,” shade VFX CEO Bryan Godwin said in making the announcement. “We’ve been in New York for just nine months and Camille’s experience and knowledge of the New York industry will greatly enhance our presence in the area. We’re so proud to be working on a Marvel project and are totally committed to New York and its energetic and bustling features and television community.”

“I’m so happy and excited to be joining Bryan and the shade team,” Geier said. “I was quite amazed at the amount and caliber of work they were doing when I first visited the studio. The creativity and level of competence was very evident and I knew I could fit in and help them with any challenges during this expansion period. Additionally, shade has a great company culture which is very important to me.”

Geier joins shade after a recent stint at Rodeo FX and prior to that she spearheaded the feature film division for Rhinofx, where as Executive Producer she oversaw over 20 films including The Adjustment Bureau, Salt, The Other Guys and Ghost Town. Prior to that, Geier worked at Curious Pictures in television animation. Geier began her career at ILM where she worked as the Visual Effects Producer on over 11 films including Van Helsing, Gangs of New York, Bringing Out the Dead, Magnolia and Starship Troopers.

“In addition to joining all the talented artists and team members in the New York office, I’m also very excited to be working with David Van Dyke, the Executive Producer of the LA office and Lisa Maher, shade’s Business Development Executive,” Geier added, “shade is working on a number of terrific projects and is very proactive in pursuing challenging work. It’s a cohesive team with varied and competitive skills who are up to the many challenges of today’s complex visual effects environment.”

“We’re so fortunate to have an Executive Producer of Camille’s stature joining our team in New York,” said Van Dyke. “Our presence and projects there will only be more enhanced with her overall guidance and experience.”

“We opened in New York earlier this year because this is where I grew up and we wanted to have a presence during this dynamic time in New York’s evolution,” Godwin said. “It’s an exciting time to be part of the New York creative scene. We’re on both coasts, but we operate as one seamless company.”

In television, shade is in production on the upcoming Marvel Netflix series Daredevil and an unnamed pilot for AMC in the New York facility. In the LA facility television production includes Westworld for Warner Bros, Black Sails for Platinum Dunes, the completed mini-series Olive Kitteridge for HBO and Playtone, and the first episode of FX’s and Ryan Murphy’s fourth season horror anthology series American Horror Story: Freak Show.