Los Angeles debut will be followed by screenings across the United States and western Canada to raise further funds. 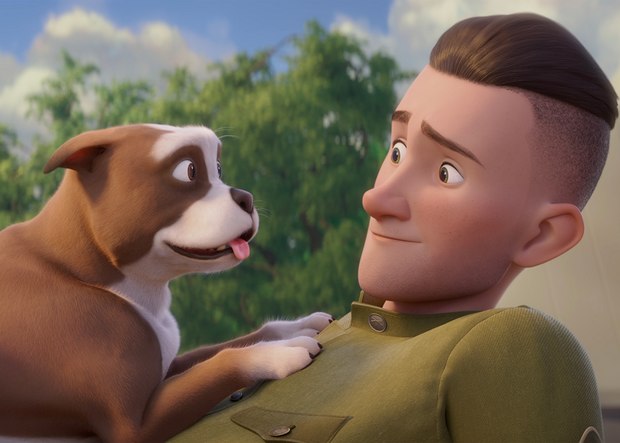 The Los Angeles premiere March 27 of ‘Sgt. Stubby: An American Hero’ will benefit Variety -- The Children’s Charity and the Boys and Girls Club of Boyle Heights.

COLUMBUS, GA. -- Fun Academy Motion Pictures and Variety -- The Children’s Charity of Southern California are co-hosting March 27 the world premiere of the animated feature Sgt. Stubby: An American Hero to benefit both Variety and the Boys and Girls Club of Boyle Heights.

The premier will be at the Regal L.A. Live theater in downtown Los Angeles. Red carpet is 4:30 p.m., followed by a reception at 5 p.m. and screening at 6 p.m. Tickets and event sponsorships are available to allow kids from underserved L.A. communities to attend the premiere. All net proceeds will be donated by Fun Academy to Variety -- The Children’s Charity of Southern California, which has been serving the Los Angeles area since 1941.

In theaters April 13, Sgt. Stubby: An American Hero is based on the true story of a stray dog who is still recognized today as the first dog promoted to the rank of sergeant in the U.S. Army. Stubby is the most decorated dog in American history and is widely considered the forerunner to the U.S. Army’s working dog program.

On March 28, Fun Academy and Variety -- The Children’s Charity will co-host screenings in 15 cities across the U.S. and Canada to further benefit Variety programs that provide life-saving, life-changing and life-enriching equipment and services to children who have a disability or are disadvantaged.

The March 28th screenings locations are spread across North America and benefit causes selected by each local chapter (or “tent”) of Variety -- The Children’s Charity:

Screenings in the United States:

Opening on about 3,000 screens across the U.S. and Canada and coinciding with the year-long 100th commemoration of the United States’ role in World War I, Sgt. Stubby is directed by award-winning documentarian Richard Lanni in his feature film debut and stars Logan Lerman (Fury, The Perks of Being a Wallflower, Percy Jackson & The Olympians), Helena Bonham Carter (the upcoming Ocean’s 8, the Harry Potter films, The King’s Speech, Sweeney Todd) and Gérard Depardieu (Life of Pi, Cyrano De Bergerac, The Man in the Iron Mask, Green Card).