The prolific actor, best known for his role as Lou Grant in ‘The Mary Tyler Moore Show,’ also voiced scores of animated characters including the beloved, curmudgeonly Carl Fredricksen in Pixar’s Oscar-winning feature, ‘Up.’ 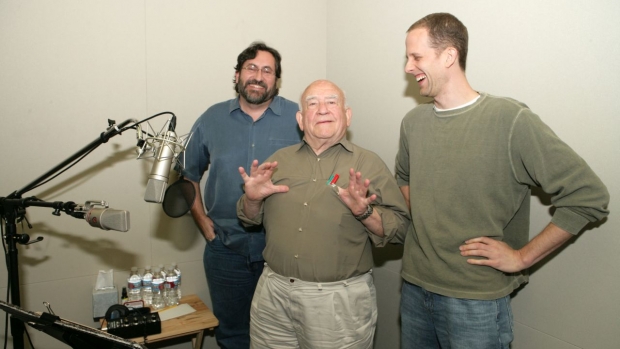 Actor Ed Asner, best known for his role as Lou Grant in The Mary Tyler Moore Show and the spinoff Lou Grant, died Sunday morning at the age of 91. In a career spanning nearly 65 years, Asner not only won more Emmys than any other TV performer, but also became famous all over again at the age of 79 for his voice acting work in Pixar Animation Studio’s acclaimed 2009 animated film Up.

While his role as Carl Fredricksen in Up brought Asner acclaim as a voice actor, it was far from his first foray into animation. His prior work ran the gamut from guest spots on shows like Animaniacs, The Simpsons, Family Guy, Johnny Bravo, King of the Hill, The Boondocks, and Hercules to regular roles in Gargoyles, Freakazoid, Batman: The Animated Series, Spider-Man and Captain Planet and the Planeteers. Post-Up, Asner had roles in the DC Universe film Superman/Batman: Apocalypse (reprising his Superman: The Animated Series/Justice League role as Granny Goodness), and the series The Cleveland Show, The Boondocks, SpongeBob SquarePants, American Dad!, and Central Park.

In a 2010 interview with AWN prior to the release of Superman/Batman: Apocalypse, Asner explained that he enjoyed voice acting because it provided an opportunity “to let your imagination take flight – to take chances, to plunge and to soar. That’s something you don’t get to do as an actor. You get to do it as a kid. So I grab the opportunity as often as I can.” In what will now no doubt be a bittersweet experience, audiences will have the opportunity to see (hear) Asner in one of his final roles, when Pixar’s new series Dug Days premieres on Disney+ on September 1. Written and directed by Emmy Award winner Bob Peterson and produced by Kim Collins, Dug Days follows the misadventures of Dug, Carl Fredricksen’s loyal companion in Up. According to producer Collins, Petersen – who also voices Dug – and Asner, reprising his role as the curmudgeonly Carl, picked up where they left off ten years ago.

“Bob and Ed had a very funny relationship,” she said. “There was a lot of teasing and poking, good-natured ribbing. It was a zany dynamic, but it put Ed in the headspace of Carl, and he delivered a great performance.”

Asner, who served as the president of the Screen Actors Guild from 1981 to 1985, will be remembered as much for his social and political activism as for his prodigious acting talent. He was tireless in his advocacy on behalf of workers, as well as being an outspoken critic of much U.S. foreign and domestic policy, and a dedicated supporter of a wide variety of social, environmental, and political causes.

Asner's family acknowledged his death via his official Twitter account, saying, “We are sorry to say that our beloved patriarch passed away this morning peacefully.  Words cannot express the sadness we feel. With a kiss on your head – Goodnight dad.  We love you.”