The award-winning ‘Family Guy’ creator’s upcoming live-action comedy for Peacock, about a foul-mouthed teddy bear whose moment of fame has long passed, serves as a prequel to both his ‘Ted’ films. 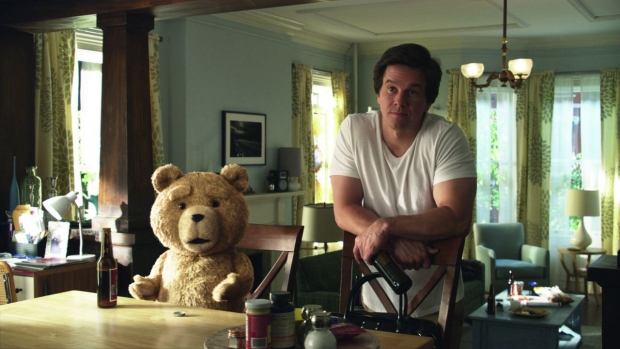 Peacock has announced the cast of Ted, Seth MacFarlane’s live-action comedy series based on his hit 2012 film of the same name and its 2015 sequel.

In addition to serving as director, writer, co-showrunner, and executive producer, MacFarlane will reprise his role as the voice of the titular character -- a foul-mouthed teddy bear who was first brought to life by a wish from his owner and best friend, John Bennett. Paul Corrigan and Brad Walsh (Modern Family) will also co-showrun, co-write, and executive produce the series.

In the films, John is played by Mark Wahlberg. In the new series, which serves as a prequel to the events of the first film, John appears a 16-year-old boy.

Per the show’s official synopsis: “It's 1993 and Ted the bear’s moment of fame has passed, leaving him living with his best friend, 16-year-old John Bennett, who lives in a working-class Boston home with his parents and cousin. Ted may not be the best influence on John, but when it comes right down to it, Ted's willing to go out on a limb to help his friend and his family.”

Among the regular stars of the show announced are Giorgia Whigham (The Punisher, 13 Reasons Why), Max Burkholder (Parenthood), and Scott Grimes (Oppenheimer, The Orville).

The series comes from UCP, a division of Universal Studio Group, and MRC Television. Erica Huggins, president of MacFarlane’s production company Fuzzy Door, will join MacFarlane, Corrigan, and Walsh as an executive producer, alongside Alana Kleiman and Jason Clark.

Ted marks the second series order since MacFarlane and Fuzzy Door entered into a multi-year television deal with UCP in 2020. Fuzzy Door is also set to bring the disaster science series The End is Nye - hosted by famed science educator Bill Nye - to Peacock this year.

Back in 2015, artists at Australian VFX studio Iloura told AWN how they animated Ted and integrated him into real-world scenarios in both films. Iloura’s intricate process included motion-capture performances from MacFarlane to inform Ted’s physicality, then augmenting Ted’s everyday interactions with CG reactions.

Also, back in 2012, producer Jason Clark talked to AWN about how Ted so effectively blended motion-capture, CG and improvisational comedy, as well as the inherent risk in making R-rated comedies.