Game giant and dj2 Entertainment are working to turn its famed fighting game franchise into a feature film. 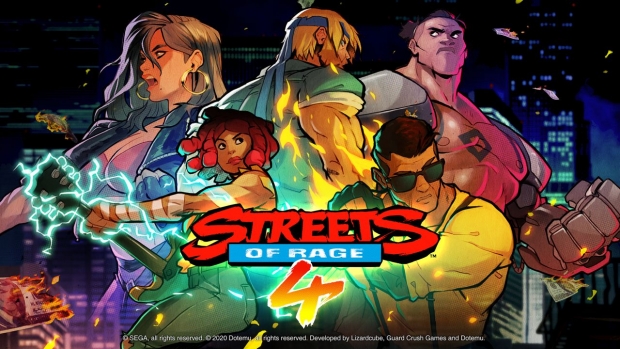 Yet again, SEGA is all in on adapting its iconic games for the screen -- this time, with a film treatment of Streets of Rage that reports have confirmed is in the works.

According to Deadline, John Wick franchise creator Derek Kolstad wrote the script for a Streets of Rage movie on spec. The project will be produced by dj2 Entertainment - the company behind Paramount and SEGA’s Sonic the Hedgehog films - and Escape Artists, which produced the Equalizer film franchise.

Released by SEGA in 1991, the original Streets of Rage is a side-scroller beat-’em-up game that follows ex-police offers who fight against a seedy crime ring in a dilapidated city. The game saw multiple sequels across every major home gaming console. In 2020, the series’ most recent title, Streets of Rage 4, launched with sales of over 2.5 million copies internationally.

dj2, in an overall deal signed with Amazon earlier this year, also has its sights set on adapting another award-winning game, the action-adventure platformer It Takes Two, for both television and film.

Kolstad’s fellow John Wick alum, Chad Stahelski, was announced as the director of Sony and PlayStation Productions’ upcoming adaptation of the acclaimed samurai game Ghost of Tsushima. Stahelski, who helmed all three John Wick films, will bring his knack for action set pieces to that project, directing from a script by Takashi Doscher.