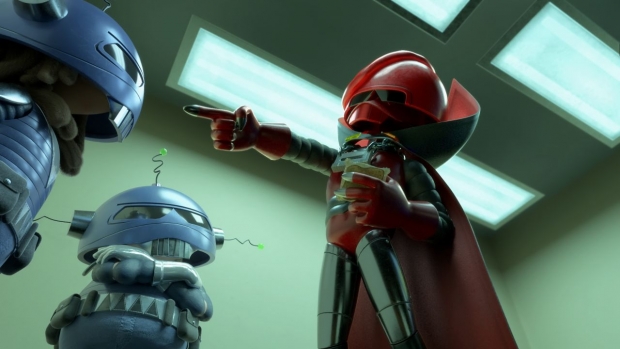 Eight new episodes of the reimagined, CG Rugrats are set to hit Paramount+ on October 7, finishing out the inaugural new Season 1 on the heels of the show’s Season 2 renewal.

In the all-new episodes, the babies will continue to find themselves in a variety of situations by using their wild imaginations, including defeating an “outer space villain,” traveling through Chuckie’s dad’s body, embarking upon a daring mission to break Angelica out of preschool and more. The new episode batch also includes a half-hour, Halloween-themed special where Tommy needs his friends’ help to save Angelica after she turns into a werewolf at a scary Halloween party as their parents seem to disappear one by one.

Joining the cast in this new batch of episodes are Charlet Chung (Craig of the Creek) as Kimi Watanabe, Angelica’s eternally cheerful adversary at preschool, in “Escape from Preschool;” Raini Rodriguez (Bunk’d) as Gabi, Betty’s niece and the babies’ favorite babysitter ever, in “Great Minds Think Alike” and “Betty and the Beast;” Henry Winkler (Monsters at Work) as Boris, Tommy’s Zayde, in “The Bubbe and Zayde Show;” Swoosie Kurtz (Bless the Harts) as Minka, Tommy’s Bubbe, in “The Bubbe and Zayde Show;” and Ben Schwartz (HouseBroken) as Lord Crater, the pompous but truly evil villain of The Final Eclipse movie franchise, in “Final Eclipse.”

Get a glimpse of what’s in store October 7:

Produced by Nickelodeon Animation Studio, the series reimagines the classic ‘90s hit; it features rich and colorful CG-animation and follows the babies—Tommy, Chuckie, Angelica, Susie, and Phil and Lil—as they explore the world and beyond from their pint-sized and wildly imaginative point-of-view. Following the Season 1 run on Paramount+, the series will air on Nickelodeon at a later date to be announced.