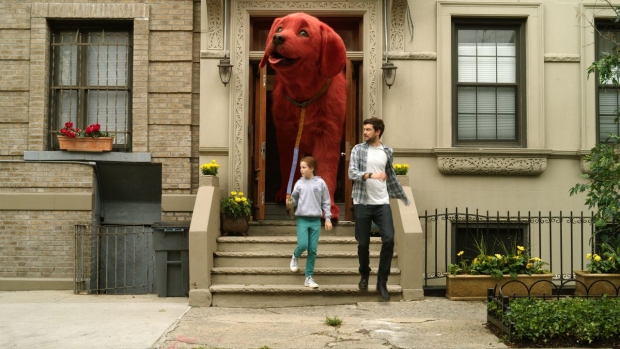 Everybody’s favorite big red dog comes to theaters September 17, 2021. Clifford the Big Red Dog, based on the popular American children’s book series by Norman Bridwell, introduces a CG pup that takes to the streets of NYC in this CGI/live-action hybrid production.

From Paramount Pictures in association with eOne Films and New Republic Pictures, the movie is a Scholastic Entertainment/Kerner Entertainment Company Production.

For every ❤️ or share the #CliffordMovie trailer gets, $1 will be donated to Best Friends Animal Society, up to $20,000.