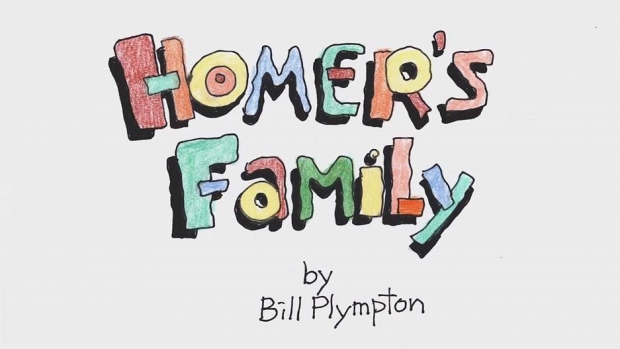 To help celebrate this Sunday’s epic 700th The Simpsons episode, indie animation legend Bill Plympton has created a brand-new couch gag, “Homer’s Family.” Series fans, as well as animation fans, are in for a treat, as Homer births his clan in a most unusual way.

In the all-new The Simpsons episode, “Manger Things,” airing this Sunday, March 21 (8:00-8:30 PM ET/PT) on FOX, a secret about Flanders’ past is revealed and a never-before-seen room is discovered in the Simpson home.

Plympton has been riffing on bizarre, animated happenings in and around human faces for decades now, including his hilarious and beautifully grotesque Oscar-nominated 1987 short, Your Face. The prolific animator’s long list of shorts, including his early Plymptoons, harkens back to the days when indie animation, at its best “worst,” was gleefully subversive. Much like The Simpsons’ early days.

This is not his first couch gag. Back in 2013, he created "Film Noir" for the show's "Black-Eyed, Please" episode.

Last year, AWN co-founder Ron Diamond produced “The Extremesons” couch gag, designed and directed by brothers Michal, Jakob, and Bartok Socha. Their effort was a textured, almost gritty take on the immersive world of VR, as the entire Simpsons clan dons headsets and escapes to a highly stylized virtual world of extreme sports adventure: Homer by plane, Maggie by surfboard, Bart by snowboard, Lisa by swim fins, and Maggie by tricycle.