Now that metaverse-minded tech companies are catching up with his original idea, the virtual world pioneer believes it’s time to give his groundbreaking platform a second chance. 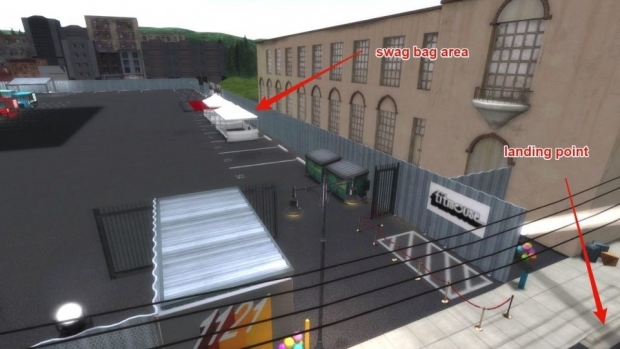 Second Life, the online platform that allows users to interact in a virtual community with custom avatars, is now getting a - er-herm - second life.

Founded in 2003 by Philip Rosedale, Second Life garnered a devoted fan base, racking up about one million regular users by 2013. By 2017, that number dwindled down to between 800,000 and 900,000. The decline was precipitated by a number of factors; at the height of Second Life’s success, Rosedale was preoccupied with co-founding a VR technology company, High Fidelity -- a venture he eventually abandoned in 2019, when he concluded that VR technology hadn’t yet reached an ideally user-friendly status quo.

Now, Rosedale is working to give Second Life a shot in the arm, returning as its strategic advisor and investing cash and patents into its parent company, Linden Lab. So, what happened, exactly, to bring him back to the business of augmented reality?

The main catalyst for the move, it seems, is the recent explosion of interest and investment in the metaverse.

Since Facebook rebranded itself as Meta last fall, scores of tech companies have begun accepting the metaverse - a virtual world where people work, play, and interact with friends and family - as an industrial inevitability. To wit: Microsoft’s press release about its history-making, $68.7 billion purchase of Activision Blizzard this week states, “This acquisition will accelerate the growth in Microsoft's gaming business across mobile, PC, console and cloud and will provide building blocks for the metaverse.”

At its core, Second Life has always been a metaverse company. It offers a space in which up to 100 people can gather online at once, and where virtual storefronts and virtual currency drive its self-contained marketplace. That’s why it’s still making money, and as of 2020, its community was hovering at around 900,000 active monthly users and hosting hundreds of daily events.

Rosedale told CNet that "There are 375 million things a year sold in Second Life at about two bucks apiece. So, it's about $650 million a year in transactions. Those are all NFTs -- basically, the core idea of allowing digital assets to be marked and allowing them to be tradable and shareable. That's going to get bigger and bigger and bigger.”

But first, Rosedale adds, Second Life must look beyond its diehard loyalists to bring new prospective users into its ecosystem. And to do that, the platform must position its comeback as a necessary part of the metaverse. “We have to answer the question, why would I be there?,” he says. “Why am I using that space? We've got to get to that.”

To that end, he’s already shifted seven staffers and some patents from High Fidelity to Second Life -- a clear sign of commitment to a comeback fueled by fresh ideas and plans for future tech. “Two of those patents are moderation in a decentralized environment patents, which is really cool,” Rosedale says. “We're investing in Second Life, to keep working on Second Life.”