Animated art adventure preschool series from Out of the Blue Enterprises for Amazon Studios is created and executive produced by Angela Santomero and animated by 9 Story Media Group. 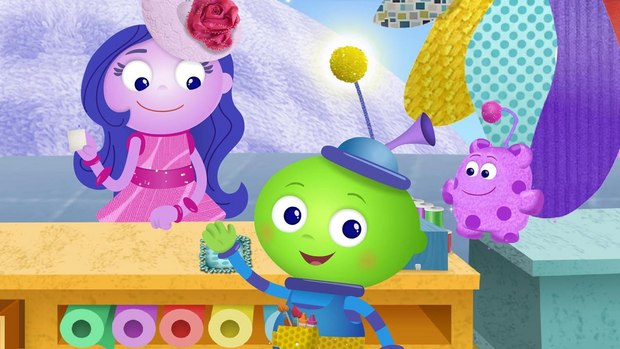 Young viewers will join adorable alien Arty (Meesha Contreras), and his sidekick Epiphany (Kira Gelineau), as they travel around the galaxy to solve problems using various forms of art. Each vibrant and engaging episode highlights a unique creative medium -- painting, music, sculpting, cooking and more -- to showcase how art can be found in all different places and in many forms. The interactive stories and unique live-action craft segments designed to help adult viewers recreate the art projects featured in each episode with their kids, inspire children to “go be amazing!” and become idea makers and creative thinkers.

Jarrett Krosoczka, a well-known advocate for creativity and visual literacy, is the Amazon Studios Thought Leader for the series. Kroscozka is a two-time winner of the Children's Choice Book Award and is the author and/or illustrator of 27 books for young readers. Jarrett has given two TED Talks, both of which have accrued more than 1.5 million views. The series is animated by 9 Story Media Group.