Following the drug-fueled, crime-infused adventures that comprised Season 5, the gang finally returns to its roots. 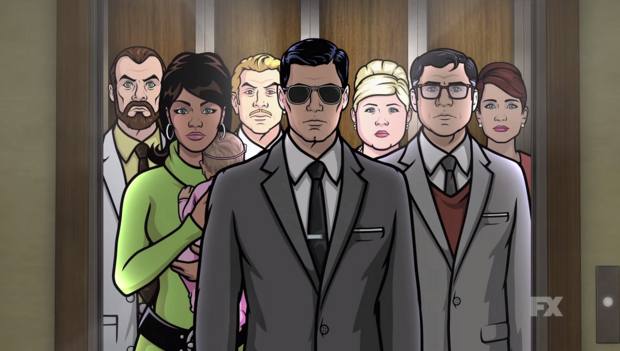 A new teaser for Season 6 of FX’s hit animated series Archer has hit the web, and, following the drug-fueled, crime-infused adventures that comprised Season 5, it looks like the gang might finally be returning to its roots.

The new trailer doesn’t reveal much in terms of plot, but it is apparent that everyone has made the transition back from the Miami Vice-inspired antics of Season 5 to the daily grind of a quasi-legal international spy operation.

Sharp eyes might notice that “ISIS” -- which now stands for a very real, and violent organization in the Middle East -- is no longer in use as the company name. Phones now simply read “WORK.” Classy? Compulsory? You decide.

For anyone living under a rock, the animated, half-hour comedy revolves around a spy agency and the lives of its employees. Although their work of espionage, reconnaissance missions, wiretapping and undercover surveillance is daunting and dangerous, every covert operation and global crisis is actually just another excuse for the staff to undermine, sabotage and betray each other for personal gain. Shocking, we know.

The new season arrives in January, proof enough that we’ll all probably survive the holidays.