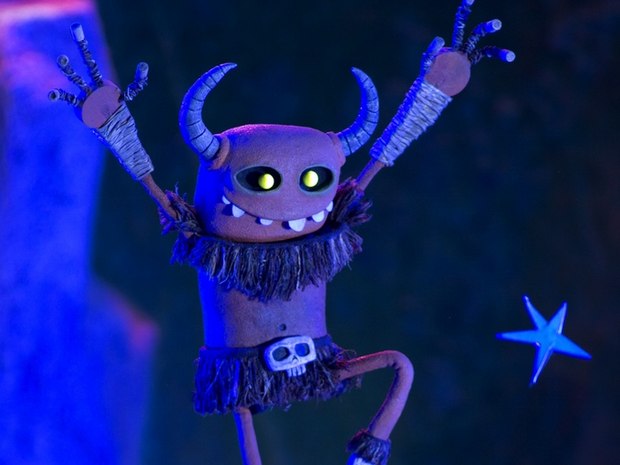 Set in a magical realm of dense jungles, fiery volcanoes, and iridescent lagoons, the short centers on the WitchDoctor, the overzealous protector of this mysterious archipelago. He’s ready for action with his shiny cauldron, potent elixirs, and shrunken heads. There’s only one problem… the WitchDoctor STINKS at magic. When he mixes a potion or casts a spell, watch out!

The Echo Park studio, founded in 2003 by Mark Caballero, Seamus Walsh, and Christopher Finnegan, is known for its whimsical take on stop-motion animation. Company projects for such clients as Nickelodeon, Cartoon Network, Disney, Hallmark, Fox and Paramount have included the opening for the It’s a SpongeBob Christmas special, end titles for Sony’s Cloudy with a Chance of Meatballs 2, The Flintstones: On the Rocks, the sock-puppet Flight parody created for the 2013 Oscars, a special restoration of Ray Harryhausen’s legendary short animated film, The Tortoise and the Hare, and last year’s animated holiday special, Elf: Buddy’s Musical Christmas.

Ending on Friday, December 11th, the fundraising campaign for The WitchDoctor includes a slew of merchandise, including a collectible ceramic tiki mug featuring the Witchdoctor’s likeness to be produced in conjunction with noted artist Tiki Diablo, a WitchDoctor T-Shirt and a view-master set with 3D stills from the short.