An animated series adaption is being cooked up at Netflix and Universal Studio Group’s UCP division, and though not yet greenlit, a wealth of talent is lined up if it moves forward. 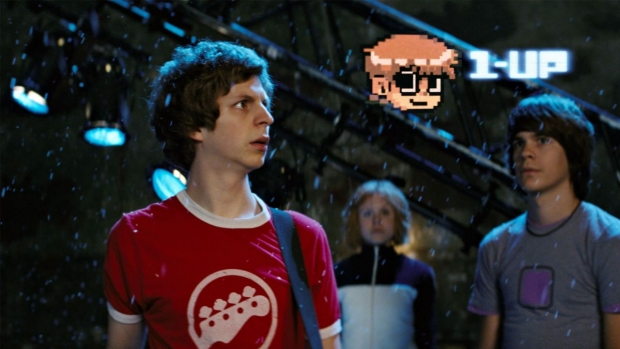 Since The Hollywood Reporter first broke the news on Friday, the animation world has been buzzing about an anime adaptation of Brian Lee O’Malley’s award-winning “Scott Pilgrim” comic book series that’s now in development. The series, currently being cooked up by Netflix and Universal Studio Group’s UCP division, has yet to be ordered, though there’s a wealth of talent lined up to get to work on it once it gets the greenlight.

So, what can we expect if the project indeed moves ahead? Here’s everything we already know about this new take on “Scott Pilgrim.”

Science SARU, the Tokyo-based studio known for its hybrid technique that combines hand-drawn and digital animation, will be tasked with bringing an anime Scott Pilgrim to life. The company’s credits include Devilman Crybaby, Night is Short, Ping-Pong The Animation, and Walk On Girl. It also provided the animation for “TO-B1,” a segment of the Star Wars anthology series Star Wars: Visions for Disney+ in which a droid becomes a Jedi.

Over the years, O’Malley has credited manga and anime as key influences on his work, from Range Murata, to Ranma 1/2, to Sailor Moon, which he once told manga.about.com (via Anime News Network) was his gateway into the medium.

To that end, teaming with Science SARU will bring O’Malley full circle, as he’ll now be able to incorporate his work’s Japanese roots into the style of this new streaming series.

O’Malley is set to write and executive produce the project with BenDavid Grabinski, the showrunner of Nickelodeon’s Are You Afraid of the Dark? reboot.

Since this series isn’t cleared for takeoff just yet, it may be a while before we get word of any voice actors joining the cast, or details on the scope and scale of the project. Check back with AWN for updates - we’ll include them here as soon as they’re uncovered.