‘Doctor Strange’ writer/director leaves sequel over creative differences; Marvel says production will start as planned in May with no delays. 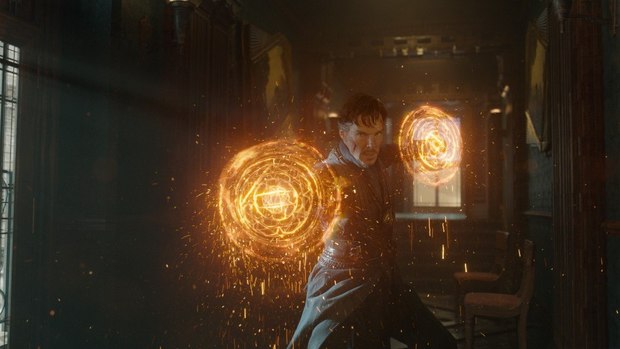 Variety has just reported that director Scott Derrickson has left Marvel’s production of Doctor Strange in the Multiverse of Madness over creative differences. He will remain on the project as an executive producer.

According to a Marvel statement, “Marvel Studios and Scott Derrickson have amicably parted ways on Doctor Strange in the Multiverse of Madness due to creative differences. We remain grateful to Scott for his contributions to the MCU.” The search is underway for a new director; the film, slated for a May 7, 2021 release, supposedly will begin production as planned in May. Benedict Cumberbatch returns in the role of the brilliant mystic; Scarlet Witch, played by Elizabeth Olsen, will supposedly appear as well.

Derrickson wrote and directed Marvel’s Doctor Strange; the 2016 hit generated more than $677 million at the global box office. He also helmed Deliver Us From Evil (2014), The Day the Earth Stood Still (2008) and The Exorcism of Emily Rose (2005).

The Marvel theatrical juggernaut continues in 2020 with The New Mutants, starring Maisie Williams, opening April 3; Black Widow, starring Scarlett Johansson, opening May 1; and The Eternals, with an ensemble cast led by Angelina Jolie and Richard Madden, which opens November 6.