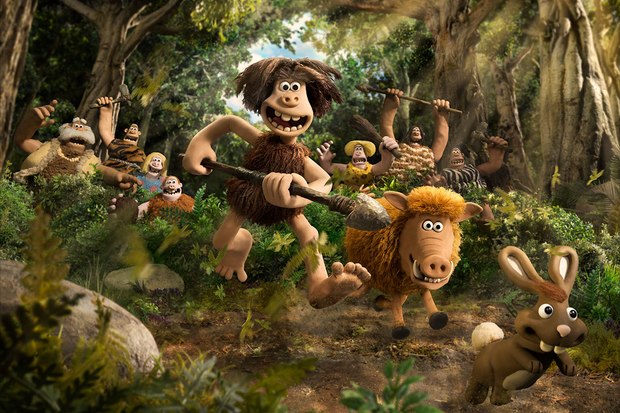 Aardman’s feature ‘Early Man’ arrives May 15 on Digital and May 22 on Blu-ray, DVD and On Demand.

SANTA MONICA, CALIF. -- Meet the team that rocked the Stone Age when Early Man arrives on Digital May 15 and on Blu-ray Combo Pack (plus DVD and Digital), DVD, and On Demand on May 22 from Lionsgate.

From Aardman, the award-winning tribe that brought you Wallace & Gromit, Chicken Run and Shaun the Sheep Movie, this prehistoric romp tells the epic story of Dug the caveman and his goofy friends who challenge invaders to a game of soccer in order to win back their home.

Starring in the film are Oscar-winner Eddie Redmayne (Best Actor, The Theory of Everything, 2014; Fantastic Beasts and Where to Find Them), Tom Hiddleston (Thor: Ragnarok, Kong: Skull Island), Maisie Williams (TV’s Game of Thrones), as well as Timothy Spall (Sweeney Todd: The Demon Barber of Fleet Street, Harry Potter Franchise).

The animated world of Early Man has extensive special features including never-before-seen featurettes that reveal the love, passion, hard work, and magic that goes into creating an Aardman Studios animated film:

Early Man will be available on Blu-ray Combo Pack and DVD for the suggested retail price of $24.99 and $29.99, respectively.