Prolific animator, writer and producer will be remembered for his many iconic animated series including ‘Dynomutt,’ ‘Dog Wonder,’ ‘Alvin and the Chipmunks,’ and ‘Superman.’ 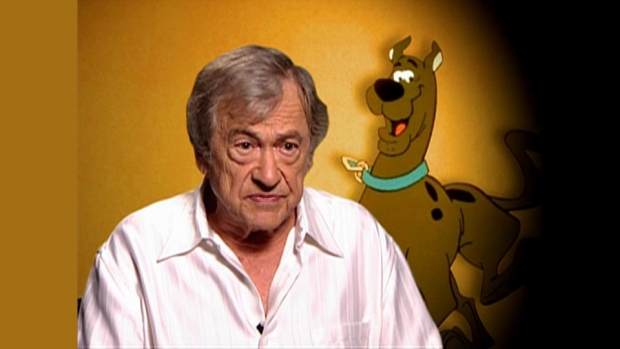 Animation icon, Joe Ruby, one of the most prolific Saturday morning cartoon stalwarts, died Thursday of natural causes. He was 87. Ruby, who began his animation career as an inbetweener at Disney, eventually moved to Hanna-Barbara Productions where he met Ken Spears; the duo went on to create some of the most beloved Saturday morning cartoons, including Scooby-Doo, Dynomutt, Dog Wonder, and Jabberjaw. In a statement sent to AWN, Sam Register, President, Warner Bros. Animation and Blue Ribbon Content, said, "Joe Ruby made Saturday mornings special for so many children, including myself. He was one of the most prolific creators in our industry who gifted us some of animation’s most treasured characters and it was a thrill to host him at our studio. Scooby-Doo has been a beloved companion on screens for more than 50 years, leaving an enduring legacy that has inspired and entertained generations.  We at Warner Bros. Animation have the privilege and honor of carrying on that legacy and send our warmest thoughts to his loved ones.”

In the early 1970s, Ruby and Spears were hired to supervise the production of CBS's Saturday morning cartoon lineup, eventually moving to ABC when CBS president, Fred Silverman, moved on to that network. ABC set Ruby and Spears up with their own studio in 1977, Ruby-Spears Productions, which went on to produce animated series for Saturday morning, including Fangface, The Plastic Man Comedy-Adventure Hour, Thundarr the Barbarian, Saturday Supercade, Mister T, Alvin and the Chipmunks, and Superman.

Scooby-Doo originally ran on CBS from 1969-1976; the property is arguably one of Ruby’s most enduring legacies, a contribution to the genre for which he will long be remembered. A lime green van, endless Scooby snacks and phrases like “jinkies,” “zoinks,” and “you meddling kids” have been key ingredients in Saturday-morning-cartoon rituals for the last five decades. The property has seen 14 animated series with over 400 episodes combined, 43 films including 2 live-action, 27 short films and even a few plays since it first debuted in 1969. Clearly, Ruby will be missed, but will never be forgotten; future generations will continue to enjoy and build on his craft.

He is survived by Carole, his wife of 63 years, four children and 10 grandchildren.