The badass Avenger files lawsuit claiming the recent simultaneous theatrical and streaming release of her Marvel Studios’ film depressed the box office and intentionally prevented her from ‘realizing the full benefit of her bargain with Marvel.’ 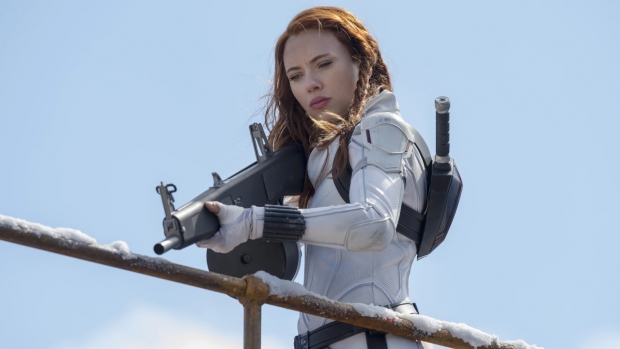 According to the lawsuit filed by the eponymous Black Widow herself, “Disney intentionally induced Marvel’s breach of the agreement, without justification, in order to prevent Ms. Johansson from realizing the full benefit of her bargain with Marvel.” A multi-billion-dollar studio streaming a blockbuster to boost their streaming service subscriptions while paying Johansson less dough? The plot thickens.

Considering the latest Avengers installment debuted to $80 million in North America and $78 million overseas, box-office sales hardly seem depressed: especially when considering the extra $60 million in Disney+ sales. While global box-office earnings currently stand at $319 million globally, this seemingly impressive number so far pales against previous Marvel blockbusters, and actually marks Black Widow as a box office failure, though the ongoing pandemic makes comparisons difficult if not unfair. Johansson’s suit claims that the simultaneous release was the film’s downfall, stating streaming “costs Disney money in revenue per viewer over the life of the film.” The suit goes as far as alluding that Disney used the COVID-19 pandemic as cloud cover to grow the Disney+ subscriber base.

A Disney spokesperson was quick to respond to these claims of movie sales murder, stating, “There is no merit whatsoever to this filing. The lawsuit is especially sad and distressing in its callous disregard for the horrific and prolonged global effects of the COVID-19 pandemic. Disney has fully complied with Ms. Johansson’s contract and furthermore, the release of Black Widow on Disney+ with Premier Access has significantly enhanced her ability to earn additional compensation on top of the $20M she has received to date.”

A plea for attention on Johannson’s part, or a nefarious Disney plot to undercut the actress and bring Marvel subscribers to Disney+ in droves? And with this morning’s Variety report that CAA has slammed Disney for, among other things, releasing Ms. Johansson’s salary, things seem to be getting nasty quite quickly. The ramifications of this suit are far reaching; everyone is watching as knuckles bare. This may be one fight Ms. Romanoff can’t flirt her way out of. Nor should she.