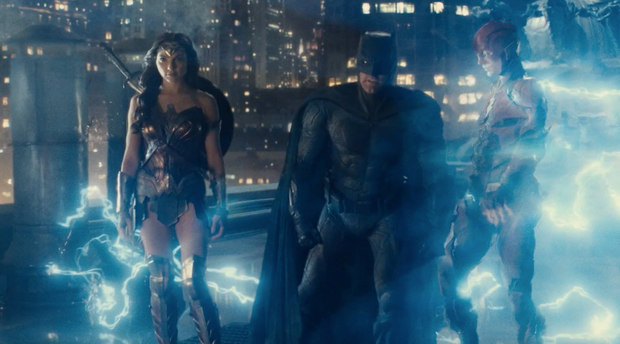 MONTRÉAL -- Scanline VFX has announced the opening of a new studio in Montréal, thereby creating 300 jobs within the next three years. Slated to open next month, this will be Scanline’s fifth international facility. The company currently has studios in Vancouver, Los Angeles, Munich, and Stuttgart.

VFX Supervisor Geoffrey Baumann, who recently supervised all visual effects on Marvel’s Black Panther, will be leading the team of the new Scanline VFX studio. “I’m thrilled to see the recognition of talent and creativity that exists in Montréal, and to join the Scanline VFX team as they launch their newest studio,” said Geoffrey, who recently presented his work as part of the visual effects and animation industry event Effects MTL in early June in Montréal.

“I share Geoff’s excitement about Montréal,” added Scanline VFX President and Sr. Visual Effects Supervisor Stephan Trojansky. “There is amazing talent here, and it’s such a beautiful city. We look forward to developing a lasting relationship with the local visual effects community.”

Scanline VFX received Academy Award nominations for its work on Captain America: The Winter Soldier and Hereafter, for director Clint Eastwood, as well as a BAFTA nomination for Iron Man 3. The company also received an Emmy Award for its work on Game of Thrones (Season 4), and a Scientific and Technical Achievement Award for the development of its proprietary fluid effects system, Flowline.

Recent credits include Black Panther, Tomb Raider, and Justice League, on which Scanline was lead vendor. Upcoming visual effects projects include Ant-Man and the Wasp, Aquaman, Captain Marvel, and the final season of the acclaimed HBO series Game of Thrones.

“Greater Montréal has become one of the world’s largest VFX and animation hubs, with an estimated 27 percent growth over the last 10 years,” said Hubert Bolduc, President and CEO of Montréal International. “The arrival of Scanline VFX will further enhance our thriving ecosystem while strengthening our position as a creative and innovative business city in the eyes international high-tech companies.”

“Montréal is proud to welcome the new Scanline VFX studio. Once again, Montréal creativity, inventiveness and know-how won over a growing company. The Montréal economy is experiencing a notable upturn that our administration wants to maintain by implementing a number of measures to ensure effective economic development, aligned with the realities of today’s market. Scanline VFX’s decision to open a new studio in Montréal, that will create 300 jobs in the city over the next three years, shows just how attractive Montréal is and its prime position in the high-tech industry,” stated Valérie Plante, Mayor of Montréal.

The company, who will need a wide range of talent in visual effects, technical and support roles, hopes to take in about 100 specialists annually by 2021, for a total of 300 new jobs. Details of forthcoming recruitment will be available soon on Scanline VFX’s website.