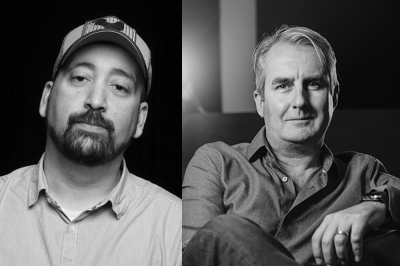 Scanline VFX has added Derek Spears and Nicolas “Nic” Aithadi to its global VFX supervision team; the two bring with them a combined 40 years’ experience in the VFX industry. The company has continued to grow its supervisory team to deliver recent projects such as Black Widow, Free Guy, Godzilla vs. Kong, Terminator: Dark Fate and Gemini Man. Titles currently in production and slated for release in 2021 include Eternals, The Suicide Squad, The Batman, Lisey’s Story, Fengshen Trilogy, The Jade Earring and The Nevers.

Spears joins Scanline as visual effects supervisor in Los Angeles. Prior to joining the team, he spent 18 years at Rhythm and Hues followed by a three-year stint at Pixomondo. In addition to his extensive list of film credits, he has most recently been involved in bringing film-quality work to broadcasting and streaming platforms on television series such as Westworld, Watchmen, Game of Thrones, Black Sails and The Walking Dead. He is a three-time Emmy Award winner, VES Award recipient and two-time HPA Award winner.

The VFX house has also welcomed Nic Aithadi to their team as visual effects supervisor in Vancouver. Aithadi was previously at MPC for almost 18 years where he worked as a VFX supervisor. His recent credits include Dolittle, The Dark Tower and Monster Trucks. He is currently supervising Scanline’s work on Marvel’s Shang-Chi and the Legend of the Ten Rings. Aithadi has received both Academy Award and BAFTA nominations for his work on Harry Potter and The Deathly Hallows - Part 1 and Guardians of the Galaxy, and an additional BAFTA nomination for Harry Potter and the Half-Blood Prince.

“The combined expertise that Derek and Nic bring to the table will help Scanline continue to push the boundaries of what is possible in visual effects over the coming years,” commented Scanline president, Stephan Trojansky. “They could not be a better fit for the company, and I am excited to see their new projects come together.”