Phil Lord and Chris Miller to be honored for Outstanding Achievement in Animation for ‘The Mitchells vs. The Machines;’ hybrid event runs in-person and virtually October 23-30 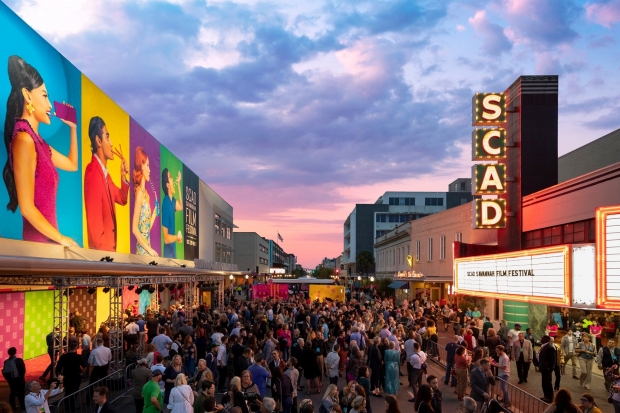 SCAD Savannah Film Festival returns to celebrate cinematic excellence, both in-person and virtually, from October 23-30. The event honors both professional and student filmmakers, welcoming major industry leaders, including award-winning directors, writers, and actors. Each year, more than 60,000 people attend the event to both enjoy and support cinematic creativity.

Every year the SCAD Savannah Film Festival hosts special guests and honorees in a variety of disciplines. For a look at all 2021 honorees, click here.

This year the award for Outstanding Achievement in Animation honors will be presented to:

A stop on the Academy Awards festival circuit, the SCAD Savannah Film Festival will screen 157 films, including 45 narrative feature films, 15 documentary feature films and 97 shorts, with 14 world premieres, 1 U.S. premiere, and 3 North American premieres - with 63 of these films directed by women.

The 2021 schedule includes Gala and Signature Screenings, professional and student competition films, Docs to Watch, Shorts Spotlight, Global Shorts Forum, and the Wonder Women and Below the Line panel series. The SCAD Savannah Film Festival has screened more than 120 Academy Award-nominated films and has honored more than 100 legendary actors, directors, producers, writers, and filmmakers from around the world. Animation has experienced an artistic resurgence that informs and entertains across generations and across the globe. Films include:

The SCAD Savannah Film Festival celebrates the work of established and emerging filmmakers, from feature-length films to two-minute shorts. The juried competition showcases the best of professional, animated, and student films selected from more than 1,500 entries annually. These animated films represent the diversity of the craft — from simple, hand-drawn figures to stop-motion and digital rendering — showcasing unique storytelling at its finest:

She Dreams at Sunrise - Directed by Camrus Johnson

Stars on the Sea – Directed by Seung-Wook Jang:

Under the Skin, the Bark (Director - Franck Dion)