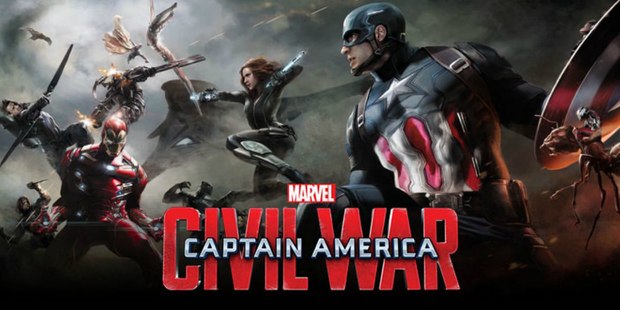 Directed by Anthony and Joe Russo, Captain America: Civil War pits members of the Avengers team against one another due to political pressures, most notably between Captain America and Iron Man.

Cinema 4D has been in use at Sarofsky for the past five years where it has steadily become a staple in the studio’s production pipeline. As a main 3D application on Captain America: Civil War, MAXON’s Cinema 4D R17 (R17) – the latest version of the software introduced last Fall – was used primarily for animation, asset creation and rendering multi passes for compositing. Previously, Sarofsky used Cinema 4D to provide MOE titles on several other Marvel feature films including Captain America: Winter Soldier that drew on the software for modeling and animating several scenes. The main-on-end titles for Marvel’s Ant-Man marked the first time the studio leveraged Cinema 4D as a primary 3D application tool.

“With over 30 credits in the title sequence and multiple artists working on each scene, the studio was challenged to come up with new creative techniques and approaches to create a dependable 3D workflow that would allow us to conceptualize and organize a large number of compositing passes, and maintain consistency in being able to complement the film’s narrative style with somber yet visually captivating photorealistic imagery,” said Sarofsky.

According to Filipkowski, Sarofsky leveraged various features within Cinema 4D, most notably the new Take System in R17 that provided the team maximum flexibility to create and switch between multiple versions of a scene all within one project and the powerful MoGraph toolset for intuitively animating objects.

“The Cinema 4D workflow is intuitive and has become a go-to program for many of our daily problem solving tasks,” Filipkowski began. “The Take System especially was a great way for us to separate render layers and various animated elements while staying flexible should any individual object pass need to be updated across the whole sequence. This saved us enormous amounts of time and enhanced the team’s ability to collaborate efficiently. Coupled with the versatility provided in the MoGraph effector modules to create complex animations quickly and easily without manual keyframing, we had an insane, streamlined workflow that allowed us to creatively handle this larger scale title project successfully and achieve deeper levels of photorealism.”