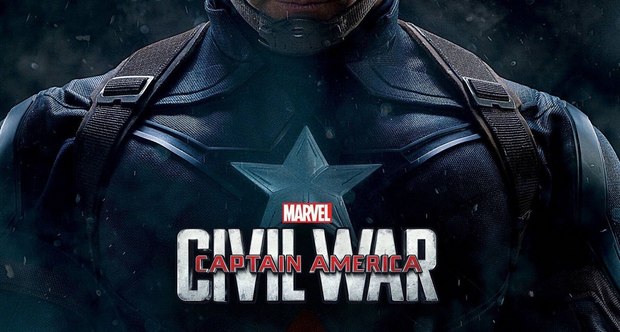 In total, Sarofsky was responsible for crafting more than three full minutes of highly dramatic visual storytelling under the direction of the Russo brothers. The studio will detail its work on the film when it's released on Blu-ray later this year. In the meantime, Erin and Steven discussed how the project developed, and how Sarofsky stepped-up to handle its considerably expanded design, production and VFX roles for Captain America: Civil War.

The Russo brothers' Captain America: The Winter Soldier marked Sarofsky's first Marvel feature film: Its MOE titles for that project put the Chicago-based studio in business with Marvel. Subsequently, Sarofsky and her team's work on Guardians of the Galaxy and Ant-Man challenged the company to expand its editorial and VFX powers to the highest levels. For Captain America: Civil War, its scope of work more than doubled compared to its output from any past project. Equally impressive from the perspective of blockbuster VFX, Sarofsky's new MOE title is completely CG-based, while also being photo-real.

"The MOE for Civil War is completely different from the rest of our Marvel MOE approaches," Sarofsky explained. "The Winter Soldier was minimal, using a bold graphic approach; Guardians was focused entirely on typography; and Ant-Man was highly conceptual with a strong VFX-driven look."

Asked once again to pitch concepts for their MOE sequence, this time Sarofsky was brought in much earlier. "It was thrilling to see such an early cut of the movie," Sarofsky continued. "You would have never believed it was so early in the process. Even without all the VFX work, it was a great film. It made you care deeply about the characters and their struggles, which to me is totally unique in the superhero category."

Immediately after watching the film, Sarofsky met with the directors. "I wanted to jump into discussing themes that we could play off of… but they really just wanted to hear what I thought about their movie. It must be so exhilarating to finally share the movie with people outside the small core team."

To complement the unique substance and storytelling style of Civil War, the MOE treatment is somber, highly considered and captivating.

"We are incredibly grateful to the Russos and the executive team at Marvel for seeing the potential of this idea," Sarofsky continued. "I'm really happy that the original idea, with all of their support and feedback, became even stronger throughout the production process."

"We've built a first class VFX pipeline here, and after Dan and Jen saw everything we had to offer, they ultimately were impressed enough to award us 22 VFX shots," Anderson confirmed. "We also produced some additional shots for the trailer that premiered so sensationally during the Super Bowl."

According to Sarofsky, her team's positive experiences collaborating with Marvel's executives were key to their success in exceeding everyone's high expectations. "Dan has an incredibly deep understanding of the film, its characters and the whole Marvel Universe," she said. "As a result, we were able to dial-in our designs very quickly."

Anderson also explained that, to support the production demands of Civil War, Sarofsky's staff rose to its highest level in the company's seven-year history. "We had two teams going, one focused on the MOE and one on VFX," he said. "It was crazy rewarding to be working on multiple aspects of the film. This VFX work proves we are at the top of our game in terms of creativity, production and finishing."

Another benefit of the Marvel executives' confidence is Sarofsky's deeper understanding of where her company fits in. "What continues to set us apart is our ability to make sure that design is at the forefront," she concluded. "In every one of our shots, design was integral to the communication in the scene, so each one was a great fit for us to work on."