Canada's ‘Leon’ to enter the Chinese market in 2016 in partnership with SHIAO Animation; multiplatform strategy to include TV and VOD distribution, publishing, interactive, and licensing and merchandising. 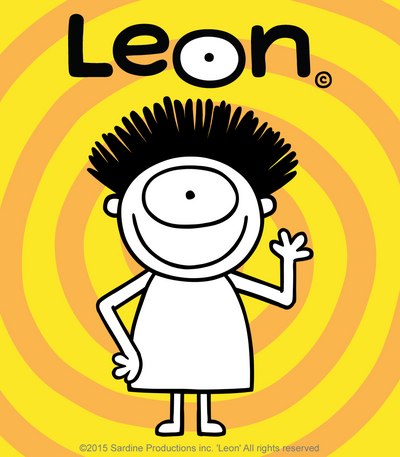 MONTRÉAL -- Sardine Productions, in partnership with Société Radio-Canada, has announced a third season of the popular TV series Leon, bringing the episode count to a total of 156. And with this new season, come exciting new partnerships.

Leon will enter the Chinese market in 2016. SHIAO Animation, a partner and investor on the series, is deploying a multiplatform strategy that includes TV and VOD distribution, book publishing and distribution of interactive content, as well licensing and merchandising on the territory.

“We are privileged to venture into the Chinese market with SHIAO Animation,” said Sardine Productions founder and President Ghislain Cyr. “The contribution of Chairman Kun Wu, and his team is critical to the success of the undertaking. More accessible in recent years, China now offers interesting business opportunities. I want to emphasize the support of our partners at Radio-Canada and the Shaw Rocket Fund, who have championed the Leon brand for years now.”

“Radio-Canada is proud to be associated with the production of this series that entertains young people by stimulating their imagination,” said Lisa Savard, Director, Youth Programming, Télévision de Radio-Canada. “We are pleased to offer them this minute of happiness, disseminated throughout our youth programming.”

“SHIAO is equally honored to partner on the third season of the Leon TV series with Sardine Productions and believes that the versatile Leon brand suits the sensibilities of the Chinese market,” said Kun Wu, Chairman of SHIAO Animation Co. “The striking and entertaining characters not only stimulate the imagination but also champion a feel-good factor in an intelligent way and laughter is universal. SHIAO is confident that China will be yet another accomplishment in Leon’s already successful career.”